Court throws out application for Hills to be wound up 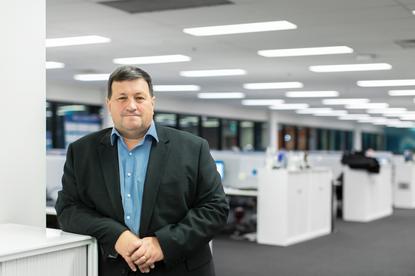 Milestone Systems' application for the winding up of Hills (ASX:HIL) over a $56,000 bill debate has been dismissed by the courts, the distributor announced today.

Hills applied for the dismissal of the application with the Supreme Court of Brisbane, and the case was heard on Wednesday, 21 February.

According to the distributor, a $56,000 claim presented by the software vendor was in dispute by the parties and “Milestone had no basis to bring such an application”.

“Given the quantum of the dispute, the application was unwarranted and validates our decision to conclude our business association with Milestone in Australia,” Hills CEO and managing director, David Lenz, said.

“Hills is an iconic Australian company that, almost 70 years on, is still evolving and adapting. We are focused on continuing to deliver improvements in our business and implementing strategies that will deliver the best outcomes for our customers, vendors, shareholders and staff.”

On 30 January, ARN reported that the Danish software company had submitted an application to the Australian corporate regulator on 11 January, which was scheduled to be heard on 28 February.

At the time, Hills declined to comment, but a lawyer representing Milestone Systems told ARN that the issue should be resolved by the end of February.

Hills then applied for the dismissal of the winding up application a month after Milestone had commenced the proceedings.

At the time, the distributor said that the dispute on this amount had been going on for some time, with “the heart of the dispute being the integrity of the former Milestone partner program”.

It is understood that Hills was previously a master distributor of Milestone, a partnership that ended in 2016.

ARN contacted the Milestone lawyer who chose not to comment on the matter.

Hills published its financial results for the first half of the 2018 financial year, which revealed an unprofitable National Broadband Network (NBN) satellite installation business and a shortfall in antenna sales due to a competitive pay TV landscape resulting in a $21 million hit in the distributor’s revenue.

According to the distributor, exiting from the NBN satellite installation business, impacted revenues to the tune of $13 million, while the shortfall in antenna sales, scratched a further $5 million off its revenues.