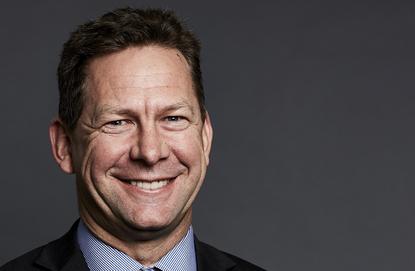 “We will continue to pursue attractive M&A opportunities as they arise in support of our organic growth strategy,” Citadel Group CEO, Darren Stanley, said in a statement to investors.

“Our key focus is to add new IP or new clients that support our strategy of providing long-term, scalable information management solutions into complex environments.

“We are adhering to our strategy of investing in repeatable IP in markets where we have incumbency, a track record of success, and a reputation for secure information management,” he said.

The comments come less than six months after Citadel Group revealed it had entered into an agreement to acquire Brisbane-based Charm Health, which supplies specialist oncology e-health systems, in a deal worth more than $8.2 million.

“On the M&A front, we have replicated the successful strategy pursued with Kapish, by completing the integration of Charm Health during the period and redeveloping its software platform so it can be delivered as-a-service domestically and internationally in support of long-term growth”, Stanley said.

The publicly-listed IT services firm released its latest half-yearly financials on 19 February, reporting a 12.7 per cent year-on-year increase in revenues to $47.5 million, driven largely by the conversion of new contract wins and increasing scale from long term contracts.

Gross profit margin also grew, as the company maintained its focus on scalable software and managed service solutions, and benefited from incremental extensions on contracts with a fixed cost base.

This increase came despite the company pumping more investment into new software solutions and capabilities during the period.

Stanley reiterated the claim, first noted in January, that the company signed $62 million worth of renewals and new contracts over the first half, at the same tine diversifying its customer base through new long-term contracts with the Queensland Department of Transport, Melbourne City Council and Deakin University.

Altogether, the contracts the company has won over the six-month period will see it move around 17,000 new users onto its cloud-based solutions during the coming year.

“The combination of leading positions in the national security, defence, e-health and tertiary education sectors, coupled with our investments in secure cloud-based software solutions, will underpin our growth,” he said.

There was no mention in the half-yearly financial report, however, of the looming customer loss the company announced in January, when it told shareholders that one of its longstanding customers, Queensland Health, was likely to look elsewhere for its laboratory information systems (LIS) once its current contract with the publicly-listed managed services provider expires in 2022.