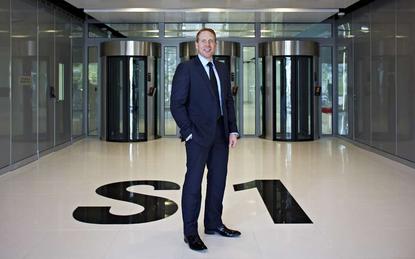 Asia Pacific Data Centre Group (ASX:AJD), the entity that owns three of NEXTDC’s (ASX:NXT) data centre sites, claims to be getting ready to sell its property assets for $280 million to an as-yet unnamed buyer.

The move comes several weeks after the publicly-listed company told shareholders it had completed its first round of a global sales campaign for the sale of its three data centre properties for a target price of around $300 million.

Now, the data centre property group claims to have agreed on terms and exchanged non-binding letters with the preferred purchaser for the sale of its portfolio, which comprises three data centres in Sydney, Melbourne and Perth, all of which are currently leased to NEXTDC.

The company said on 14 February it had entered into a 21-day exclusive due diligence period with the “preferred party” to purchase the entire portfolio of data centres owned by the APDC Trust.

The agreed price of $280 million equates to a five per cent initial yield, and a premium of $767.2 million, or 31.6 per cent to the last independent valuation, the group said.

However it should be noted that, at this stage, the agreement by the parties is non-binding and subject to final contracts, shareholder approval, and other approvals. As such, the company said, there is no guarantee that the sale will proceed.

Given that NEXTDC is the tenant of each of the data centres, under the current leases, if APDC Trust does go ahead with a proposal to sell the data centres, it must first offer them to NEXTDC on specified terms.

However, if NEXTDC does not accept the offer within 20 business days of receiving APDC Trust’s offer, for the next 180 days APDC Trust has a window within which to sell the data centres to a third party on terms no more favourable than those set out in its offer to NEXTDC.

For the moment, APDC Trust is finalising contracts with the as-yet unnamed “preferred buyer” and will issue NEXTDC with a first right of refusal notice to purchase the entire portfolio of APDC data centres for $280 million as soon as possible.

The preliminary agreement with the “preferred party” comes after a drawn-out battle between investment firm, 360 Capital Group (ASX:TGP) and NEXTDC for the control of Asia Pacific Data Centre Group.

NEXTDC even went so far as to submit an application to the Australian Government’s Takeovers Panel in the hopes of blocking 360 Capital Groups bid to buy out the property group. The Takeovers Panel decided not to get involved.

Asia Pacific Data Centre Group is a special purpose real estate investment trust (REIT) which was established to own properties – including land and buildings – that are operated or being developed as data centres.

The sole assets of the publicly-listed group, which was originally spun off by NEXTDC as an independent entity several years ago, are three data centre properties, Sydney (S1), Melbourne (M1) and Perth (P1), all of which are occupied by NEXTDC under long-term lease arrangements.

In December last year, Asia Pacific Data Centre Group said it had entered into preliminary discussions with third parties, including “a global data centre owner/operator” regarding the potential to significantly expand APDC in Australasia.