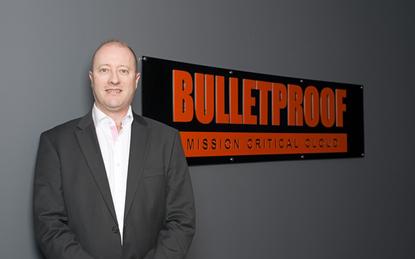 Macquarie Telecom (ASX:MAQ) revealed on 21 November it had made an off-market bid via its Macquarie Cloud Services subsidiary to acquire all of the publicly-listed cloud services firm’s ordinary shares for $0.11, or about $17.9 million.

In December, the publicly-listed cloud services provider told investors that its independent board committee (IBC) directors, charged with weighing up Macquarie’s offer, unanimously recommended that shareholders reject the offer.

The reasons behind the IBC directors’ decision to reject the offer included the opinion of the independent expert appointed to review the proposal, who concluded that the offer was not fair and reasonable.

Additionally, the IBC directors suggested that the offer was opportunistic and reflected an historical low in the price of Bulletproof shares, and that it did not reflect the strategic value of Bulletproof.

In January, when it submitted its application to the Takeovers Panel, Macquarie Telecom Group said that Bulletproof’s call for shareholders to reject its takeover bid was “misleading” and “deceptive”.

Now, the Takeovers Panel has confirmed that it is “satisfied that there was no reasonable prospect it would make a declaration of unacceptable circumstances in relation to the independent expert’s report”.

“The Panel considered that the applicant’s criticisms of the independent expert’s report did not go beyond matters of judgement in respect of which experts might reasonably disagree, and noted that it was open to the applicant to set out its critique in a supplementary bidder’s statement,” it said in a statement, dated 9 February.

“The Panel conducted proceedings in respect of the applicant’s submission that the target’s statement did not include all information that holders of Bulletproof shares and their professional advisers would reasonably require to make an informed assessment whether to accept the applicant’s takeover bid, however was satisfied with the further information provided by the parties.

“The Panel considered that it is not against the public interest to decline to make a declaration of unacceptable circumstances,” it said.

Since the initial offer by Macquarie, Bulletproof opened a "data room" in order to facilitate due diligence reviews by parties considering making alternative offers to the one from Macquarie Telecom, effectively paving the way for other potential bids.

As of late January, this move saw other interested parties weigh in, with IT services provider, AC3, emerging as a frontrunner in the race to make the winning bid for Bulletproof.

Bulletproof told its shareholders on 22 January that it had received proposals from a number of interested parties, with AC3's offer currently standing as the "most executable" at a cash price of 15.2 cents per share, or $24.7 million.

"I can confirm that we are in discussions with Bulletproof. We have a clear growth strategy at AC3 that encompasses organic growth as well as acquisition," AC3 CEO Simon Xistouris told ARN at the time.

"Acquisition has been a key part of our growth strategy in recent years, with the acquisition of AC3 from the NSW Government in 2013 and it continues to play an important role in the expansion of our business.

"We are always looking for options that will complement our existing business and add further value for our customers. We are still in discussions and therefore cannot comment any further," he said.