Neri steps up to the plate 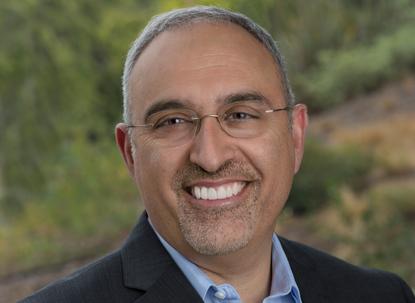 Hewlett Packard Enterprise’s new CEO, Antonio Neri, has cited partners and customers, innovation and culture, as his core focus areas for the company as he steps into the role vacated by former chief, Meg Whitman.

Neri took the reins on 1 February, with Whitman stepping down after being at the helm since 2011, when she became president and CEO of Hewlett-Packard until 2015, when she took up the leadership after Hewlett-Packard’s separation into two companies, HPE and HP Inc.

“As my new journey begins, I would like to share with you some of my thoughts on where we are headed, how we will get there, and how the dreams of our customers, partners, and employees can be realised,” Neri said in a LinkedIn blog post published on 1 February.

“My commitment for the upcoming period is to focus mainly on three areas: culture, innovation and our customers and partners. While we already do a good job in these areas, I want to bring an even stronger focus to help us push our company forward,” he said.

In an effort to encapsulate his view of where HPE’s partners stand in the company’s success going forward, Neri cited the “borrowed” phrase, ‘customers first, customers last’, stating that he truly believes HPE will win because it keep its customers and partners at its core.

Nero also said that, in the face of the increasing pace of technology innovation, he is committed to making HPE a safe place to take risks, adapt fast, and to push the boundaries of what is possible – whether this involves product innovation, business process innovation, or “even a new approach to running efficient meetings”.

“Over the coming months, you will see me sharing innovation stories and highlighting the brilliant people behind them” he said.

Neri comes to the role after more than 20 years with HP, which he joined as a customer service engineer in the EMEA call center.

He went on to hold various roles in HP’s Printing business and then to run customer service for HP’s Personal Systems unit. In 2011, Neri began running the company’s Technology Services business, then its Server and Networking business units, before running all Enterprise Group beginning in 2015.

As the leader for HPE’s largest business segment, comprising server, storage, networking and services solutions, Neri was responsible for setting the research and development agenda, bringing innovations to market, and go-to-market strategy and execution.

Neri was appointed president of HPE in June 2017.

Whitman has since revealed that she will become chief executive of DreamWorks co-founder Jeffrey Katzenberg's mobile media firm, NewTV, a move that places her back into unchartered territory.