Australia racked up over $4.2B in tech M&A deals last year 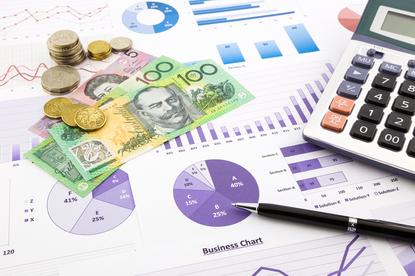 The top 10 mergers and acquisitions (M&A) in the Australian technology sector in 2017 added up to US$3.4 billion (A$4.2 billion), according to analysis firm, Acuris.

Acuris’ Mergermarket has been tracking the market since 2001 and, for the 2017 report, considered only transactions over US$5 million for inclusion in its latest data.

The September separation of Domain Holdings Australia from Fairfax Media, which saw Fairfax purchase 60 per cent of the company, was the top M&A deal of 2017, worth US$1.73 billion.

The Oracle acquisition of Melbourne-based cloud provider, Aconex (ASX:ACX), for US$1.16 billion (A$1.56 billion) was the second highest tech M&A deal of the year according to the Mergermarket data.

The buyout offer is yet to be approved by shareholders of the Australian Securities Exchange (ASX)-listed company. The deal is set to go to the vote in late March.

Under the deal, MYOB was set to take on all clients, intellectual property, systems, processes and more than 120 employees from the Accountants Group, while Reckon retained its Business and Legal Practice Management divisions, which make up about 50 per cent of its group revenue and EBITDA.

MYOB was also responsible for the ninth-highest tech acquisition of the year. In February, the company offered A$48 million (US$37 million) for payment solutions company, Paycorp.

Eclipx Group acquisition of Grays eCommerce in May for US$132 million was number four, followed by Playtech’s acquisition of gaming company, Eyecon, in February for US$62 million.

Number eight was Genie Solutions US$39 million acquisition by IFM Investors, and at number 10 was Linear Financial Holdings acquisition by Managed Accounts Holdings for US$32 million in November.

The M&A activity in Australia during 2017 reached a total of A$113 billion over 580 deals. According Mergermarket trend report for 2017, the past year had the second-highest annual value since 2008.

The overall top deal of the year was French real estate giant, Unibail-Rodamco’s A$32.6 billion bid for Westfield Corporation. This deal made Real Estate the top inbound sector of the year.

The Energy, Mining and Utilities sector overtook Transportation as the most targeted sector by value (AU$ 37.1bn) with 77 deals.