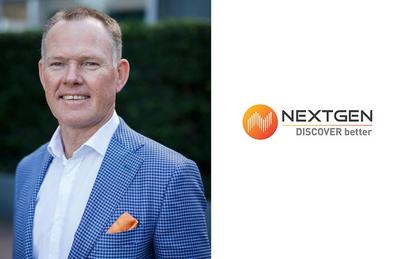 Endpoint detection and response vendor, Cybereason, has landed in Australia and appointed NEXTGEN Distribution as its first distributor for both Australia and New Zealand.

Cybereason was founded in 2012 in Tel Aviv, Israel, by a group of former cyber security experts from Israeli Defence Force Unit 8200, an especial unit responsible for collecting signal intelligence and code decryption. In 2014, the company moved its headquarters to Boston, in the US.

NEXTGEN announced last week it was launching its Enterprise Security Practice, built around Micro Focus security portfolio, and was “selectively” adding security vendors to its portfolio.

“We are excited about partnering with Cybereason because their best-in-class cybersecurity data analytics platform will help us deepen and broaden our offering in Australia and New Zealand and better prepare our customers to tackle emerging threats,” NEXTGEN Group CEO, John Walters, said.

“NEXTGEN has been diligently reviewing the security landscape to determine the key threats, the key gaps and the key opportunities for the channel and we look forward to expanding Cybereason’s presence in the region,” Walter added.

“And the uniquely designed, proprietary architecture built into the platform provides us with unmatched visibility into environments and the ease-of-use to stop today’s most advanced cyber threats,” Demery added.

Cybereason has strong expectations for the next 12 months, regional director for A/NZ, Charles Cote, told ARN.

"Cybereason understands the importance in the local market to leverage the channel, hence why our decision to sign a distribution partner early. NextGen’s focus with their expanded security business unit will enable the broader channel access to our platform," Cote said.

"Seccom Global is a proven leader in the MSSP [managed security services provider] market and we are excited to be working with them to carve out an offering leveraging our platform."

The security vendor has offices in London and Tokyo as well as Tel Aviv and Boston and has opened its fifth office in Sydney.

In September 2017, Cote was appointed regional director for A/NZ. He has previously worked for company’s including Extreme networks, Fortinet, FireEye, Dell Wyse and Blue Coat Systems to name a few.

“Cybereason’s newest office in Australia and New Zealand will make it easy for partners of all sizes to work with us, from environments with 1,000 or fewer endpoints to several million endpoints,” Cote said.