ASI Solutions: Going the distance, and beyond

Operating as one of the country’s longest serving technology providers, ASI Solutions continues to change with the times 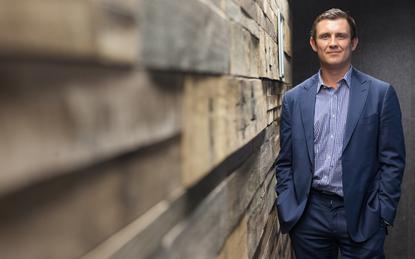 Founded in a year when Bob Hawke was in power, the end of the Cold War was nearing and Live Aid concerts rocked the world, ASI Solutions has stood the test of time.

This is a born-and-bred Australian business that has outlived eight Prime Ministers, eight Wallabies coaches and two global recessions.

From a technology standpoint, the provider has shone as titans of the industry spectacularly failed — think Nokia, BlackBerry or Napster — enduring the emergence of the internet and Y2K, to today’s disruptive technologies such as cloud, digital and security. And it was all in the quest to remain forever relevant to changing customer demands.

Relevance, and the very notion of it, is a well-worn channel cliché, rolled out at every opportunity by vendors, distributors and partners.

Yet the art of remaining relevant, and everything that it subsequently entails, is fraught with complexities and challenges because if technology providers found pivoting so easy, wouldn’t the channel forever be in a constant state of tailspin?

Call it transformation, modification or simply renovation, continual reassessment has created a market permanence for ASI, who commenced trading as Anabelle Bits 32 years ago.

Within five years of existence, the then blossoming start-up was recognised as a leading hardware brand, representing a range of international suppliers and winning a string of large government contracts, resulting in the establishment of a national organisation.

During such growth, the company initiated its first fundamental round of changes, adopting the name ASI Solutions at the start of the 1990s to emphasise a shift in direction, from an IT product orientated reseller, to a solutions and services business.

Change is deep-rooted in the DNA of ASI, formulating an ethos that continues to influence decision- making today.

“When I shut down ASI Computers, I thought that it would have a detrimental effect on our business for the short-term,” acknowledged Nathan Lowe, managing director, ASI Solutions.

But in looking back, the bold business move to walk away from history and close the company’s manufacturing arm in 2015 paid dividends.

“It had the opposite effect on our business,” Lowe recalled. “It served as a positive message internally as to where the company was heading.

“We were building PCs, if we were doing that now, who knows where we would be? It’s important to look back and respect your history as an organisation, but you’ve got to look towards the future and understand where technology is heading.”

Lowe’s vision, in leading a team of over 120 staff, is to be recognised as an Australian company that continually seeks and introduces innovative IT value-added technologies and services that challenge the current market leaders.

“We will introduce these to our clients where they might bring significant organisational benefits,” he explained.

“We will ensure that our founding spirit and core DNA form, at all times, the successful basis of all customer, supplier and staff interactions.”

Headquartered in Sydney, the business provides sales and service support throughout the country, with branches in the Australian Capital Territory (ACT), Victoria, Queensland and South Australia.

“We have introduced many innovative technologies into the Australian business arena — particularly those that have provided the competitive edge,” Lowe added.

“We have also worked in virtually every area that you can think of, yet some potential and existing customers may not be aware of this.

“One of our greatest skills is working with new and potential customers on modelling and consulting tasks and then following up with our portfolio of skills and competencies.”

Expanding beyond the business

Fresh from completing a technology upgrade at the Melbourne Cricket Ground, ASI excels across a range of core technologies, including cloud, desktop security, managed back-up and disaster recovery, alongside mail filtering and mobile device management.

Recent customer wins also include MLC School, Coomera Anglican College and Marion Council, in addition to Ardent Leisure and Bakers Delight among others.

And despite a strong standing as a contracted panel supplier on a variety of Federal, State and Local Government panels for the past 20 years, the business is continuing to advance, seeking expansion through
new routes to market.

Central to such expansion is Karl Sice, recently recruited as head of acquisition and strategy.

After vacating his role as head of Winc Technology Solutions across Australia and New Zealand (A/NZ) — exiting the provider after almost six years — Sice joins the solutions provider with the primary role of focusing on new business, verticals and technologies, helping build out long-term strategic plans as a result.

“ASI has experienced strong growth and we see Karl as a great addition to the already rich culture of the organisation,” Lowe added.

“He will assist us to continue that trend with his leadership experience in business development, partnerships and alliances.

“We’re looking ahead and this is where I see the potential of Karl coming on board, bringing fresh ideas and a fresh approach as an outsider to the business. I have an idea of where I want to take the business, but some of the best ideas come from the team that work around you, and it’s crucial to listen.”

Backed by a credible reputation within the education sector, ASI also counts government and small to medium business (SMBs) sectors as key markets, with each accounting for roughly 30 per cent of business.

Yet in looking forward, plans are in place to move up the customer stack, advancing towards enterprise and the money-spinning deals that follow.

“Karl’s strength is in the enterprise space,” Lowe explained. “This is an area that we haven’t really been trying to crack in the past for whatever reason, but Karl is going to bring that on board.”

Since joining in May 2012, Sice — who was recently inducted into the ARN Hall of Fame — returned the Winc business to growth on both sides of the Tasman, drawing on previous management and director roles at Dell, Acronis, American Express, Sun Microsystems and Gartner.

Such experience dovetails naturally with ASI’s long-standing ability to maintain customer relationships, as the company seeks to attract new business in the next 12 months.

“We have been thinking about recruiting for this role to assist in ASI targeting new markets and customers, and Karl was a natural fit,” Lowe added.

“Karl’s experience and track record proves he has the capabilities and personal drive to achieve success. We have some aggressive growth targets which we feel Karl will definitely assist in driving towards.”

Tasked with building a new team from scratch, Sice will start with two to four staff members, before expanding the division in response to customer demand.

“It is evident to me that the values and culture that exist in ASI are driven by its authentic leadership and strong reputation that’s been earned over many years of success in the market,” Sice said.

“Further, the future potential of the business because of their momentum excites me. I will focus on creating a coalition, both with new organisations and across the industry.”

Despite a clear need for early success, both Lowe and Sice remain grounded in the belief that this will be a long-term project for the business, with an initial 100-day plan expected to outline future opportunities between the next 2–5 years.

“My aspirations in the role include helping to create a winning environment, great engagement and culture for the team, ASI’s customers and partners,” Sice added. “I want to build a highly successful new business unit and couple that with effective strategy leadership.

“I also want to align and lead the partners, alliances and stakeholders towards even greater success.”

Since shutting down manufacturing capabilities, ASI has experienced a stellar 24 months across Australia, validated by its recent crowning as Mid-Market Partner of the Year at the ARN ICT Industry Awards 2017, alongside being named in the Top 500 private companies by the Australian Financial Review.

Bolstered by a wave of large contract wins, the technology provider reported record-breaking revenue figures during the past 12 months.

Triggered by a deepened focus on hardware and software deployment — coupled with the expansion of the company’s managed IT services and ‘as a service’ models — the Sydney-based business also doubled down on its advisory capabilities, though a new suite of consultancy and advisory services.

The shift in approach has seen the veteran provider increase service contracts in the past nine months with key new contracts won across government, education and corporate sectors, with customers including Bakers Delight, Redeemer Lutheran College and Steadfast Business Solutions.

To facilitate such contracts, the business is also providing ongoing consulting skills, extending the service beyond the initial technology investment.

In addition, the new customer base is now supported by ASI Solutions’ professional services team, with headcount increasing 20 per cent during the past 12 months in line with the company’s managed services growth.

“Our achievements over the past 12 months are testament to team excellence and a desire to exceed in meeting customer expectations,” Lowe observed.

With Australians expected to spend $83.1 billion in IT by the end of 2017, ASI’s assault on the wider market appears well-timed.

According to Gartner findings, the IT services segment alone is expected to account for $30 billion of the total IT spend, alongside forecasted increases of $660 million in 2018.

Consequently, the channel is awash with services opportunities, providing a platform for partners to offer tailored solutions to address specific end-user requirements. “You can’t be all things to all people, if you do that you spread yourself too thin and you don’t become a subject matter,” added Lowe, who is open to collaboration at every level, including the emerging application space.

“If we don’t do something particularly well internally, then we will find trusted partners in the community that we can work with to fulfil a particular need for our customer base. IT makes up a very large industry and you can’t do all things.”

Refusing to be limited by industry definitions or media categorisations, Lowe believes the market ASI serves is irrelevant, with customer outcomes the crucial consideration.

“Most customers have the same requirements whether they are at SMB or enterprise level,” he added. “If you deliver business outcomes that deliver benefit to their clients, I don’t think it matters what market you are playing in.”