First half earnings to exceed expectations by $2 million 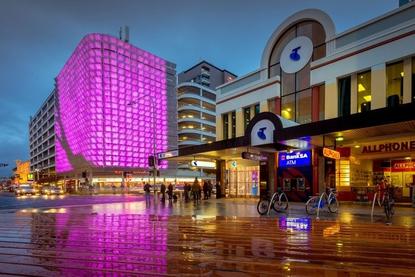 A robust Christmas trading period was one factor that led Telstra retail licensee, Vita Group (ASX:VTG), to revise its earnings for the first half of the financial year 2018.

The company expects earnings before interest, tax, depreciation and amortisation (EBITDA) to be around $20 million, about $4 million more than the guidance issued on 27 October 2017, which sat between $16 million and $18 million.

Back then, Vita Group told shareholders it expected to be impacted by $25 million in FY18 as a result of the remuneration changes Telstra imposed upon them.

Vita Group said the estimated improved results were due to a continuation of the group's rigorous focus on cost control, coupled with robust Christmas trading in its retail channel, supported by an earlier than expected relaxation on allocations of iPhone 8 and iPhone X inventory.

“We are pleased with the improved outcome for the first half of the financial year and are confident in our ability to deliver another solid result for FY18,” Vita Group CEO, Maxine Horne, said.

“We will continue to look for efficiencies and improvements in our cost to serve across all of our businesses, whilst continuing to deliver exceptional customer experiences."

The audited results for the first half of 2018 will be announced on 28 February.

Vita Group owns and operates over 100 Telstra-licensed retail outlets around the country. In August 2017, the company revealed that it had renegotiated its Master License Agreement with Telstra after the telco switched up its remuneration arrangement with Vita Group.

The new deal saw Vita Group agree to forego some remuneration factors in exchange for a greater store presence.

The new arrangement will see the number of stores Vita is able to own and operate under the Telstra branding expand to 110 in the 2018 financial year and 115 in FY2020.