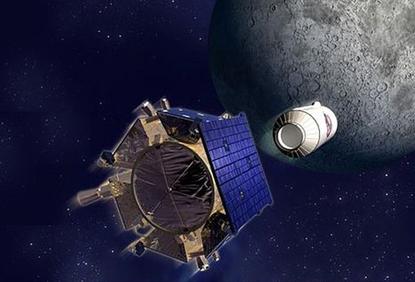 The former chief executive officer of failed publicly-listed satellite communications provider, NewSat, has been charged with three counts of allegedly authorising the making of a false or misleading document, as required under the Corporations Act.

The Australian corporate regulator said on 21 December it had brought the charges against the tech company’s former CEO, Adrian Ballintine, following an investigation into NewSat Limited, which was formerly listed on the Australian Securities Exchange (ASX).

As reported by Fairfax Media, NewSat collapsed in 2015, owing roughly $280 million to ExIm bank in the United States and around $108 million to Europe’s COFACE, another financier.

According to Fairfax, the company’s collapse saw $200 million of investors’ money wiped from its value. The company went into administration after it failed to secure further debt to fund its operations.

Before its collapse, NewSat had been a promising technology innovator in the local market, with its Jabiru satellite program seeing it position itself as a leading satellite communications provider in the region.

However, trouble struck in early 2015, as the company sought financing to jump-start its multimillion-dollar Jabiru-1 satellite project, with NewSat ultimately being placed in administration on 17 April 2015, with receiver managers appointed. On 7 August 2015 the company entered into liquidation.

Now, the Australian Securities and Investments Commission (ASIC) is alleging that on three separate occasions between 18 January 2012 and 15 September 2012, Ballintine, who was also a director of the company, authorised the making of three invoices that were “false or misleading”, contrary to section 1308(2) of the Corporations Act.

ASIC alleges that those invoices caused NewSat to make payments amounting to $357,000 to a private company associated with Ballintine.

ASIC said that each of the charges carries a maximum penalty of five years' imprisonment.

In July 2015, global satellite telecommunications service provider, SpeedCast International, acquired the assets of the teleport and satellite services business of NewSat from its receivers.

Under the agreement, the assets included the land and buildings at NewSat’s teleport facilities in Adelaide and Perth and the associated plant and equipment, as well as most of the customer and supplier contracts.

NewSat’s customer base was composed of a reseller network, blue chip enterprise customers and government customers.