Did Michael Dell underpay to get his company back? 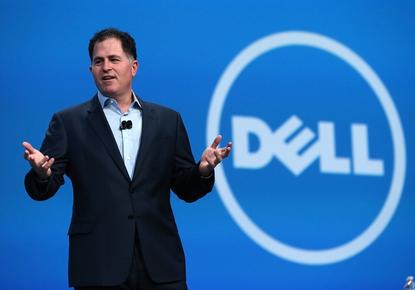 Delaware's Supreme Court ruled on Thursday that a lower court erred in finding that the 2013 buyout of computer maker, Dell, was vastly underpriced, a ruling that had allowed hedge funds to wring extra cash from the deal.

The judge on the Court of Chancery abused his discretion by not giving weight to the deal price of US$24.9 billion, or US$13.75 per share, as evidence of the fair value of the company, the Delaware Supreme Court said.

Thursday's ruling stems from what is known as an "appraisal" lawsuit in which investors who oppose a merger ask a judge to determine the fair value of the stock.

Wall Street dealmakers have warned that appraisal has become an investment strategy for sophisticated hedge funds, which buy shares just before a deal closes then seek to profit in court.

Dell declined to comment and Stuart Grant, who represented the investors seeking appraisal, did not immediately respond to a request for comment.

Last year, Vice Chancellor Travis Laster found that Dell fair value was US$17.62 per share, and ordered the company to pay the difference to Magnetar Capital and others who sought appraisal of 5.5 million shares.

Laster surprised corporate lawyers by rejecting the price generated by what he acknowledged was an unconflicted sale to founder, Michael Dell, and private equity firm Silver Lake Partners. The judge instead focused on what he said were inherent problems with management-led buyouts.

Laster should have given "heavy weight" to the deal price, given the evidence of fair play and market efficiency in the sale, according to the 82-page unanimous opinion written by Justice Karen Valihura.

The Supreme Court remanded the case to Laster and said he should follow the ruling's guidance to determine fair value, which the court suggested should be the deal price.

"We give the vice chancellor the discretion on remand to enter judgment at the deal price if he so chooses, with no further proceedings," said the ruling.

The decision is the second reversal of an appraisal ruling in recent months by the Supreme Court, which issues relatively few decisions on these types of lawsuits.