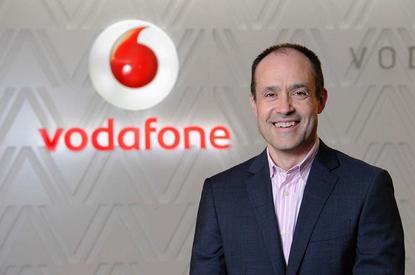 Vodafone will be selling its NBN services online, over the phone or in 78 stores across five of the six cities -- Sydney, Canberra, Melbourne, Geelong and Newcastle -- from 4 December.

The company’s NBN offering will continue to be rolled out progressively to other regions from 2018.

Like Telstra, Vodafone is also offering a back-up internet service via its mobile network while end users wait for their NBN service to be connected or installed.

Telstra’s Gateway Frontier modem contains a built-in mobile SIM so users can get connected straight away through the telco’s mobile network while their home fixed-line internet service is being activated, and is also designed to kick-in if there is a fixed-line outage.

In Vodafone’s case, the company’s new unlimited broadband data offerings include mobile back-up internet service for up to 30 days during NBN connection or line repair.

The move to provide the mobile network back-up was prompted by customer feedback, according to the company’s general manager of broadband services, Matthew Lobb, who said the feedback came from hundreds of customers who have trialled its NBN service over recent months.

“Based on feedback from our trial customers, we have automated the 4G Back Up service so customers will not have to contact us if they experience an issue with their [NBN] connection,” Lobb said.

“We are taking a sensible and staged approach to the rollout of Vodafone [NBN] to ensure we get the customer experience right, and we will continue to use our customers’ feedback to help us make refinements,” he said.

Vodafone chief executive officer Inaki Berroeta said he was proud of the Vodafone NBN product offering, which will deliver a converged internet experience.

If our customers are unable to receive the service they paid for, or if there’s a problem with their installation or line connection, they’re not going to be left in the lurch,” Berroeta said.

The telco’s new NBN plans start at $80 per month for unlimited broadband.