Legal action has cost the company $120k so far 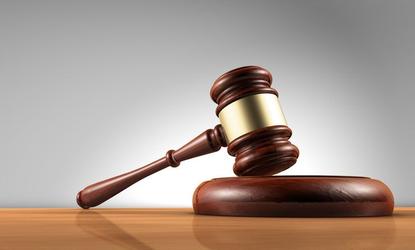 Australian cloud solutions provider, Bulletproof (ASX:BPF) has lodged a counter-claim in the New Zealand High Court as part of a legal case launched against it in July by the directors of Cloud House, the Auckland-based cloud specialist it acquired in 2016.

The directors of Cloud House, which was acquired by Bulletproof in January last year, took the company to court alleging Bulletproof had mismanaged the business in order to miss performance targets and prevent multimillion-dollar earn-outs.

The company told shareholders on 23 November that there are prospects of success in its defence and that its counter-claim, which was lodged on 22 October, is "strong".

The Australian Securities Exchange (ASX)-listed cloud hosting provider's deal for Cloud House was worth NZ$1 million up front, with a further NZ$4.2 million to be paid in a 50/50 split of cash and shares based on performance until 30 June 2017.

New Zealand High Court filings lodged by the Cloud House directors earlier this year claim the Australian cloud company allegedly managed the business in a way to intentionally miss such performance targets, alleging losses of NZ$3.8 million as a result.

Bulletproof told shareholders on 23 November that, so far, the legal matter has cost the company around $120,000.

The matter is ongoing and is scheduled to be heard in October 2018.

The counter-claim announcement comes as Macquarie Telecom makes a bid to acquire all Bulletproof's ordinary shares for $0.11, a deal worth $17.9 million.

On 20 November, both companies requested a trading halt, with Bulletproof revealing it was in negotiations to potentially be acquired, while Macquarie said it was getting ready to announce a proposed acquisition.

"The proposal to purchase all of Bulletproof’s shares for cash is clearly compelling and offers a significant premium to the recent share price performance," Macquarie chief executive, David Tudehope, said. "Bulletproof has experienced a deterioration of earnings over the last 18 months."

Bulletproof has established an independent sub-committee of the board, due to Macquarie Cloud Services' pre-existing holding of a "relevant" interest in 16.47 per cent of voting shares in Bulletproof through an entity affiliated with Bulletproof's CEO, Anthony Woodward.

The independent committee has advised shareholder to take no action at this point as it is assessing its position.