And introduces InfoSight for HPE 3PAR from January 2018 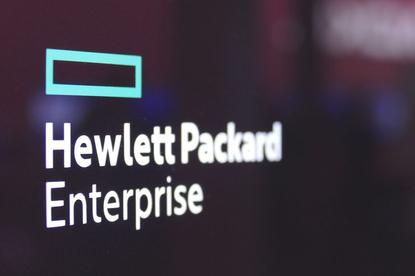 The new feature is expected to reduce troubleshooting time by up to 85 per cent as it reduces “guesswork” in managing infrastructure and improve application reliability.

InfoSight is a predictive analytics platform, introduced to HPE through its Nimble Sotrage acquisition which, in the words of the company, enables the ability to predict and prevent infrastructure problems before they happen.

HPE claims that the new AI recommendation engine “lays the groundwork for an autonomous data centre”.

InfoSight recommendations are machine learning-based and use telemetry data collected from 10,000 Nimble Storage customers over the past decade. This allows it to notify IT on how to avoid issues, improve performance and optimise resources.

“HPE InfoSight marks the first time a major storage vendor has been able to predict issues and proactively resolve them before a customer is even aware of the problem,” HPE GM Storage senior vice president, Bill Philbin, said. “As applications increasingly drive today’s businesses, we need to help customers move toward a self-managing IT model.”

HPE is also introducing InfoSight for its 3PAR storage portfolio as part of its strategy to extend machine learning across the HPE storage and server portfolio, from January 2018.

This initial release of HPE InfoSight for 3PAR includes a number of capabilities. These include cross-stack analytics for 3PAR customers running the latest release of the 3PAR operating system. HPE InfoSight will provide IT the ability to resolve performance problems and pinpoint the root cause of issues between the storage and host virtual machines (VMs). It also provides visibility to locate “noisy neighbor” VMs.

The capabilities also include global visibility. Through a new cloud portal that combines HPE Infosight and HPE StoreFront Remote, all current 3PAR customers with systems that are remotely connected will see detailed performance trending, capacity predictions, health checks and best practice information across all of their 3PAR arrays.

Additionally, it will offer foundation to enable predictive support. Analytics and automation infrastructure that are now in place will be used in the future to detect anomalies, predict complex problems, and route cases directly to Level 3 support.

A report on the outage revealed potential issues months before the agency’s systems were hit by the massive outage.