The move could potentially stymy Platinum Equity's run at the company 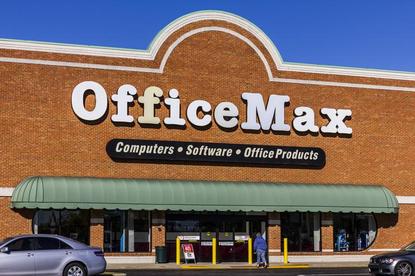 The Australian competition watchdog has said it will not oppose the proposed acquisition of OfficeMax Australia by Complete Office Supplies (COS), a move that may end up potentially resulting in a bidding war between COS and Platinum Equity.

Platinum Equity, a US-based private equity investment firm, struck a deal to acquire Staples’ Australian and New Zealand operations in March, with Staples CEO and president, Shira Goodman, saying at the time that the deal will free up resources for the company to focus on its home turf in the US.

The local Staples business was subsequently rebranded as Winc.

In August, however, the Australian Competition and Consumer Commission (ACCC) put the brakes on Platinum Equity’s plans to boost its office retail presence in Australia with the acquisition of the local operations of both OfficeMax and Staples, flagging “concerns” about the proposed deal.

Now, the ACCC has effectively given COS its blessing to continue with its proposed acquisition plans of the local OfficeMax business.

“The ACCC found that a combined COS-OfficeMax would continue to face competition from Winc (formerly Staples), and to a lesser extent from Lyreco. Post-acquisition, Winc will remain the market leader by some margin,” ACCC chairman, Rod Sims, said in a statement.

“Few customers expressed concerns about the proposed acquisition and some suggested that an enlarged COS may be able to compete better with Winc.” He said.

“If there are competing proposals to buy a company, the ACCC reviews the proposals independently of each other. A decision on Platinum Equity’s bid for OfficeMax is currently due in late November,” Sims said.