DTA lifts lid on $7.2B Govt IT project review

72 projects recognised as major projects, worth $10 million or more 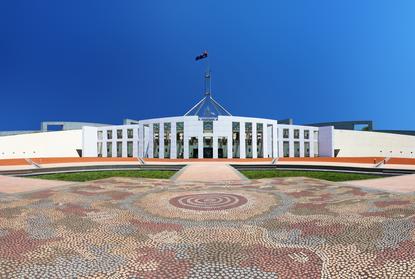 Australia's Digital Transformation Agency (DTA) has unveiled its first insights into the Federal Government's review of all its major IT projects.

In October 2016, the DTA announced its new agenda revealing that it would manage a whole-of-government IT program management office, which would oversee all “significant” IT and digital investments.

This meant the review of all of the significant IT contracts it has with its external providers in order to deliver greater transparency of projects funded by the estimated $6.2 billion annual tech spend of the Federal Government.

Based on the data collected to date, according to the DTA's latest figures, there are now 72 initiatives that fall within the scope of a major IT project with a budget of $10 million or more.

The 72 projects are happening across 21 agencies and a total lifetime cost of $7.24 billion.

According to the DTA’s first insights, 17 out of the 72 projects are categorised in the engage category, which covers projects that are generally highly complex, of high strategic importance to the government, of significant investment or where a project needs a renewed focus to ensure it’s delivering on its intended benefits.

“Currently the DTA is working closely on 17 high priority projects. The services they offer vary and the reasons that the DTA is engaged with projects varies but the single thing I would say is that they are there and they are involved,” Assistant Minister for Cities and Digital Transformation, Angus Taylor, said in a speech at the National Press Club today.

The DTA has the mission to provide these projects with, “light touch advice through to active membership in project governance boards, providing specific expert advice and embedding staff within the project itself”.

The data also revealed that most of the ICT spend is going into Defence, both corporate and non-military applications, and both health and agriculture, and water resources are the areas seeing less money being spent.

The DTA has assessed and provided recommendations to government on 16 projects worth more than $2 billion in total.

“We’re also working with more than 16 agencies on new proposals that will be considered as part of next financial year’s budget,” the agency said in a statement.

MP Angus Taylor also said that a confidential email inbox was set up so the external IT suppliers and industry players can communicate with the department in order to “highlight barriers to procurement, innovation and delivery”.

The emails will be seen by the assistant minister’s office and the DTA.

The move to take a close look at the Federal Government's billions of dollars' worth of IT projects came after a series of high-profile mishaps arising from IT contract arrangements stuck between government entities and external IT providers.

Hewlett Packard Enterprise (HPE), for example, was involved in a drawn-out effort earlier this year to mop up the fallout of a major storage infrastructure failure and subsequent systems outages at the Australian taxation Office (ATO).

The initial outage, which struck on 12 December, 2016, until earlier this year, saw the ATO intermittently take services offline as it worked with HPE, one of its IT contractors, to replace the failed 3Par storage hardware – which had been upgraded in 2015 by HPE – and restore systems to full capacity.

Earlier last year, meanwhile, it was IBM that was entangled in a high profile technical mishap, with the online 2016 Census project it was contracted by the Australian Bureau of Statistics (ABS) to lead, taken offline after being hit by a series of Denial of Service (DoS) attacks.

That event saw IBM representatives face questions during a parliamentary inquiry into the problems that plagued the portal on Census night.