SAP's new contract with the Aussie Govt is worth $42M

As part of whole-of-government purchasing arrangement announced in October 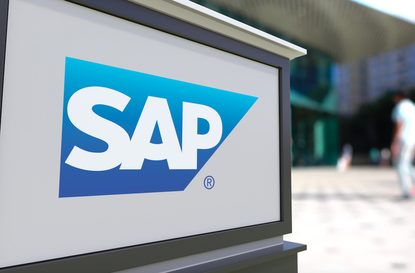 The Australian Federal Government's Digital Transformation Agency (DTA) has awarded a $42 million contract to SAP as part of the whole-of-government purchasing arrangement the two organisations signed at the end of September.

The contract, which is for SAP software and support services, cloud services and digital business services, comes with a four-year term.

On 20 October, the DTA announced an arrangement between the Government and SAP had been made. At the time, the DTA said that the arrangement was made to make it easier and cheaper for Australian government agencies to use SAP’s products and services.

Australia’s Assistant Minister for Digital Transformation, Angus Taylor, said at the time that the agreement was another step toward simplifying IT procurement in Government.

"The SAP agreement will deliver savings through reduced duplication and administrative burden for departments," Taylor said.

"Government is driving hard to reduce costs so that it can invest in innovative new solutions. We know that a coordinated approach to ICT procurement works,” he said.

It is anticipated that the deal will maximise the value of Government’s spend on commonly used IT by leveraging demand across agencies to achieve price reductions, according to Taylor.

Taylor said that drawing upon the benefits of single vendor contracts was “as significant” as the Government’s focus on breaking up large IT tenders and panels to give smaller players a better chance of competing for Government work.

"We’ve done the work to consult across Government and with a number of major IT vendors to make sure we have fair and transparent arrangements in place,” Taylor said.

Oracle and IBM were also in talks with the DTA to establish a series of new whole-of-government coordinated procurement arrangements with the technology vendors, as previously reported by ARN.

The impending procurement arrangements were outlined in the Agency’s submission, dated 29 September, to the Parliamentary committee investigating the digital delivery of government service to the Australian public.

In its submission, the DTA said it is in the process of expanding the number of IT coordinated procurement arrangements currently in play, with negotiations underway with major IT vendors.

“Together, these three vendors have 283 contracts in place (from 2005) with the Australian Government worth approximately $2.5 billion,” the DTA stated in its submission.