A year after Oracle buy, a focused NetSuite doubles down on verticals, mid-market 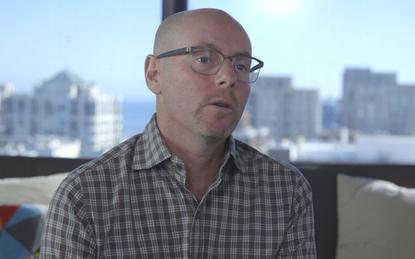 When Oracle first announced its agreement to acquire NetSuite, back in July 2016, there was widespread agreement in the tech industry that the deal could allow the tech giant to serve a broader range of customers, including smaller businesses, expand to more vertical industries and more countries, and accelerate its application software push into the cloud.

The deal also made sense because, as industry analysts pointed out, there was a lot of Oracle DNA in NetSuite.

Oracle chairman and CTO Larry Ellison was an early backer of NetSuite, and both NetSuite founder Evan Goldberg and then-CEO Zach Nelson had worked at Oracle.

The question now is whether the deal has started to live up to its early promise. On the year anniversary of the close of the US$9.3 billion acquisition, Goldberg sat down for an interview to talk about NetSuite's global expansion, integration with Oracle software, and reach into vertical markets.

As part of Oracle we’ve actually been able narrow our focus in one way and broaden our reach in another way, and both of those things affect the product roadmap.

As an independent company, you have a tendency to try to be everything to everybody and as part of Oracle, with the product mix that Oracle has, we’ve been able to narrow our focus on fast-growing, mid-market companies.

The companies that get beyond QuickBooks and/or Great Plains and need a system that’s more sophisticated, that covers more capabilities and yet is still sort of easy enough for them to implement, not necessarily having the IT resources of bigger companies.

It’s very clarifying that we’re going to be sticking to what was our wheelhouse and what was the core of NetSuite’s success, which is these companies that graduate from their first accounting systems and need an integrated system to run all aspects of their core business processes.

They just want as few systems as possible, and they’re still at a stage where they can do that as opposed to enterprises, which are much more complex and typically consume software in a modular way -- that’s how Oracle’s other cloud app products are built.

Our approach is really just one application: There’s just one way to enter a customer, there’s one record that has an employee, or just one screen where wherever you are in the product you see the employee in the same way.

Oracle’s cloud apps have a lot of those benefits too because they have a shared data model but they’ve been built in a much more modular way, the way that enterprises typically consume this kind of business software.

So the clarifying aspect of focusing on these fast-growing companies has allowed us to really focus our product roadmap on what we’re best at.

How would you characterise “mid-market” for your purposes, in terms of employees, revenue, or any other metric you use.

That’s just one way we discriminate about where NetSuite is going to focus its efforts. It’s also based on verticals, but I’d say we play best in companies that are maybe anywhere from 10 million to in the hundreds of millions.

At that growth curve where you really start to get more complex and you start to have business processes that require more sophisticated tracking, but you’re not ready to start implementing many many different applications.

Have Oracle resources allowed you to do things you couldn’t have done before?

Absolutely, it’s really been all about more: we’re going to more countries; we’re definitely getting more engineering resources to build the product; we’re attacking new verticals -- that is definitely our focus, finding true verticals or almost microverticals, more than when we were an independent company.

We’re still an independent business unit within Oracle and we’ve been able to keep a lot of the synergies we had between different parts of the organisation, so that’s allowed us not to lose any momentum and really at this point we’re gaining momentum over what we were doing when we were independent.

Can you be more specific about what you’re doing in vertical markets?

A lot of it is building on where we’ve had success. We have a program that we’ve been implementing across our company called SuiteSuccess, about building packaged editions for different types of companies. We’ve already tailored them and built in best practices.

So now a lot of our work is focusing on  industries where we’re very strong, for example in midmarket retail because of our omnichannel commerce capabilities -- point of sale, ecommerce as well as all the order management to back office, all working together.

And we’ve gone even narrower than that. We’ve found that we have a particular niche in campus bookstores – they start with apparel because that’s the biggest thing they sell beyond books but there’s particular differences because of the other items they sell.

So a lot of it is taking where we’ve been successful and narrowing it down rather than trying to find a new industry like going into government or something like that -- Oracle has incredible success there; that’s not something NetSuite is going to attack.

We’re going to get better and better in areas were we’ve been strong. Some of those are retail, not-for-profit, agencies and wholesale distributors.

What do you mean by agencies – can you spell that out a bit?

It’s all about project-based businesses, so when we think about agencies for example the center would be ad agencies, PR agencies.

We take our project-based capabilities -- we call it SRP, Services Resource Planning -- and take the learning from customers and we actually build extensions on top of our platform, to build specific editions. Like, there’ll be a SuiteSucess for ad agencies.

Has there been integration between Oracle and NetSuite products – and what plans do you have for integration in the future?

Oracle has a vast product portfolio and we’ve been careful not to try to boil the ocean. And so we’ve picked out some particular areas where we think we can make rapid progress. Probably the number one thing is the Oracle Planning and Budgeting Cloud Service.

We’re developing a close integration with Oracle’s PBCS. It’s an important part of running companies as they grow but it’s something that we feel is appropriately done by a specialised application.

In the wholesale distribution market, warehouse management is incredibly important and Oracle has a product they acquired called LogFire, which is a really good fit with the customers we’re going after, so we’re developing an integration there.

And then finally in the HCM realm, we have core HR capabilities we announced last April at SuiteWorld, SuitePeople, which is our core HR capability but for some of the pieces we don’t have, like talent management, we’ve been integrating with Taleo Business Edition, which again is an acquired Oracle product that really does target the size companies we’re targeting.

Those are the first three big ones but we’re building an entire team whose job it is to build integrations with Oracle products.

We have a long list of stuff we want to do, like machine learning and AI technology that Oracle at OpenWorld was talking about; also data visualisation -- we’re really excited about some of capabilities of Oracle that we can put on top of  NetSuite. So it’s a pretty ling list. We’re just trying to do it methodically and not attack everything at once.

What do you see as your biggest challenges as you broaden your global reach?

Well, we start to get to countries that have some rather different statutory type things, like Brazil – they have their own very unique way of tracking commerce. China is unique itself, in many ways.

Some of these countries that presented great opportunity but present a lot of complexity were easy to brush aside when we were independent because they were going to be a long way away -- now it’s not a long way away so we really have to dig in and it’s a lot of work and a lot of research and a lot of testing with customers and doing the whole process relatively quickly because there’s a big appetite at Oracle to get us out there.

But we have to do it right. We’re the financial application of record so we need to make sure we’re covering all the use cases that customers in those countries – China, India, Brazil – need.