59 devices are in the hands of local officers 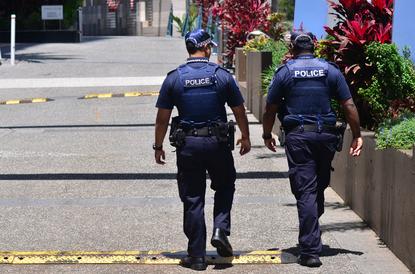 The 10,000 Apple device rollout to the Victoria Police has started with 59 devices delivered to officers from Transit police and Protective Services in the Werribee area of Melbourne’s outer western suburbs.

Gridstone, the Collingwood-based mobile application developer that Motorola Solutions acquired in November 2016, is responsible for building and delivering the mobile application, mPol, which provides officers with real-time access to information.

Optus is responsible for the provision of the carrier network solution to enable connectivity, while services provider CompNow is in charge of the supply of the Apple devices, logistics and device repair services.

At least 10,000 personnel are expected to receive iPad minis or iPhones. Motorola will offer 24x7 monitoring and device management as well as device support, repair and replacement services.

According to Motorola Solutions, the technology will enable police members to obtain operational information in the field immediately while helping to preserve its mission critical radio communications for when they are needed most.

Crutchfield said that, in the future, the application will enable officers to complete administrive tasks in the field instead of back at the station.

The rollout was expected to have started in the middle of 2017, Police Minister Lisa Neville said at the time. However, the project had been delayed as reported by ARN, due to complexities of the IT build.

“The rollout of the devices has been revised and will occur late-2017," a Victoria Police spokesperson said at the time. "The revised scheduling is due to the complexities of the IT build and allows for comprehensive testing.

"Our timeframes are on track for our overarching commitment of 10,000 devices over the next five years."

Victoria Police declined to comment on the work of Gridstone.

According to Motorola, Queensland Police is currently rolling out a mobile application platform developed by Gridstone to its members.