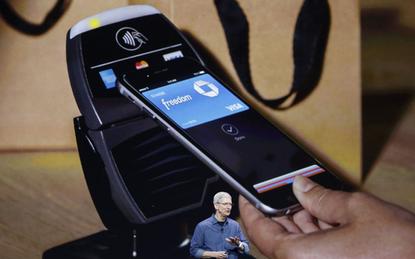 Three of the four major Australian banks that lobbied unsuccessfully for permission to collectively bargain with Apple over its Pay platform have joined forces to create a mobile-based payment platform of their own.

In March, the Australian Competition and Consumer Commission (ACCC) denied authorisation for the Commonwealth Bank of Australia (CBA), Westpac Banking Corporation and National Australia Bank (NAB), along with Bendigo and Adelaide Bank, to collectively negotiate the terms of the Apple Pay platform.

The local banks had been butting heads with the Californian tech powerhouse since July last year, when they first banded together to seek permission from the competition regulator to intercept Apple.

Now, CBA, Westpac and NAB have revealed that they are working together to build a new mobile wallet platform, dubbed Beem.

The first initiative of the new joint venture will be the development of a payment app designed for smartphones, and aimed at enabling instant payments, regardless of which bank users are customers of. The app will also be able to let a user request payment from someone who owes them money or to split a bill.

It is anticipated that Beem will work on both Apple’s iOS and Google’s Android smartphones, and will be compatible across devices and different banks.

Beem has been designed with bank level security and encrypted user account information, with each authenticated and subject to real-time fraud monitoring.

“Beem will give small businesses a cost effective and easy way to collect payments instantly and on the go for their goods and services, without having to take the larger leap into using merchant credit facilities, or issuing invoices to be paid later,” Commonwealth Bank group executive of retail banking services, Matt Comyn, said.

While no mention has been made of Apple Pay or the drawn out battle to collectively negotiate with the Californian technology company, the new platform has clearly been launched as a potential competitor in the local market, with Westpac chief executive, Consumer Bank, George Frazis, saying that it expands payment choices for customers.

“We are committed to giving our customers more choice by supporting a range of convenient ways for them to pay and transfer their money,” Frazis said. “Customers will soon be able to ‘Beem’ free payments instantly using any smartphone, regardless of who they bank with and without the need to add account details.”

CBA will conduct user testing of a Beem prototype, with the app to be available for download on iOS and Android smartphones later this year.

The platform will be available to all bank customers and small businesses that hold a global scheme debit card issued by an Australian Authorised Deposit-taking Institution (ADI).

The joint venture has been set up to be independently run, with a mandate to actively seek new participants to join the initial three participants.

According to the banks, future product initiatives beyond the payments facility are being planned, including digital wallet features and capabilities.