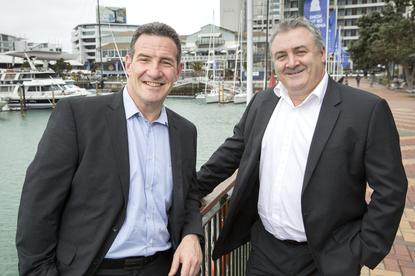 New Zealand cloud email security pioneer SMX is targeting Australia as its next growth frontier with a new Sydney office, subsidiary and strategy to build its channel.

Straight off its success in navigating a complex and possibly world-first migration of New Zealand telco Spark off Yahoo's email platform, vice-president of business development David Frazer wants to take SMX's Australian business to another level.

SMX is already a New Zealand powerhouse claiming around 60 government departments and organisations as users. It built that user base in response to user requirements for robust systems, data sovereignty and local service after launching a successful anti-spam service in 2006.

The company already boasts 100-plus Australian customers and Fujitsu as a strong trans-Tasman channel partner.

However, Frazer said, Australian growth has happened without strong marketing from the company. Up to seven per cent of revenue is currently generated from Australia, largely from word of mouth.

“David Weinstein is a strategic appointment for us," Frazer said. "We’re fortunate to have been able to appoint someone with his depth of channel experience, and with particular experience in the email security market.”

Weinstein said he has worked across channels and distribution and also brings a strong background on security, with plans to leverage an extensive channel network across Australia which could help SMX scale rapidly.

"It's obviously a model that can scale and that's the way to build that business and resourcing and technical capability," he said. "Australia is obviously quite large and very diverse with operators that can scale across regions and territories."

In addition, Weinstein said SMX brings a new dimension to what tier two and three partners can sell to customers.

"I think there's a really good fit for the organisation into the market," Weinstein said.

SMX offers not just enterpise email security but its SMX3 middleware, commercial off-the-shelf software that enables ISPs, telcos, and others to provide platform-as-a-service cloud email services to their customers.

It was this technology that helped SMX migrate Spark out of its Yahoo partnership, something SMX believes is a world first. With other major telcos around the world similarly locked into Yahoo, SMX believes there is global demand for that kind of expertise and technology.

It all happened after Yahoo's huge email breach, now revealed to have affected every user.

SMX's underlying core infrastructure was built into a cloud service to enable the migration over two years.

That gave the company global visibility and recognition from large telco operators, some of which had attempted to migrate from Yahoo without success, Frazer said.

"We are the only company in the world that has successfully managed to migrate off a Yahoo platform to our knowledge."

That experience and the SMX3 middleware enables such services to be replicated for other users and  telcos, Frazer said.

“A growing number of New Zealand Microsoft Office 365 users are taking advantage of SMX’s ability to integrate with Microsoft Office 365 and add a much more sophisticated level of protection and defence-in-depth strategy, particularly against phishing, whaling and CyberLocker-type ransomware attacks," he said.

Frazer is the first to admit Australia has been underserved by SMX despite its strong partner in Fujitsu.

With the Weinstein appointment he expects similar growth dynamics experienced in New Zealand to emerge in Australia as SMX increases its reseller network and local footprint.

Carrier-grade archiving with unlimited storage and duration will soon be available at a low price. Local storage will also be available for those with data sovereignty requirements.