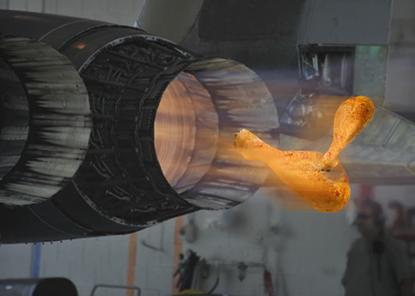 Apple and General Electric (GE) say they are working together to make it easier to write software that can track power plants and jet engines on Apple's iPhones and iPads.

The companies have come up with a tool for app developers to connect Apple's iOS operating system more easily to Predix, the cloud-based software at the heart of GE's effort to turn itself into a "digital industrial" company.

The Predix software connects sensor-laden industrial machines like wind turbines, jet engines and elevators to data centres, so that streams of information from the machines can be analysed to help predict failures and make the machines run more cost effectively.

GE expects the software to help generate US$12 billion in digital revenue by 2020, though it took a two-month "time-out" earlier this year to iron out technical problems.

Now with the help of the new software built with Apple, which GE plans to release on 26 October, more information from Predix will be available to the on-the-ground managers of factories and power plants who work most closely with GE's equipment, said Kevin Ichhpurani, executive vice president of global ecosystem and channels at GE Digital.

For example, Ichhpurani said, a power plant manager might be debating the best time to take a generator offline for scheduled maintenance. With the Predix software, the manager can see data on the machine and could share notes and photographs from an iPad at the site of the generator and even start a video call.

"These decisions can be made at the power plant or on the factory floor, as opposed to being made at corporate," Ichhpurani told Reuters in an interview.

As part of arrangements between the two companies, GE plans to make iPhones and iPads the standard mobile devices for its 330,000 employees and will also offer Mac desktop computers as a choice for them.

In return, Apple will help promote GE's Predix software to Apple's enterprise customers. Apple's salespeople will be trained on Predix's capabilities and will promote the software in sales situations alongside iOS devices, Susan Prescott, vice president of product market at Apple, told Reuters.

Over the past several years, Apple has courted business software firms such as Accenture, IBM, Cisco Systems, Deloitte and SAP SE in an effort to move business applications over to iOS devices and make them easier to use in corporate settings.