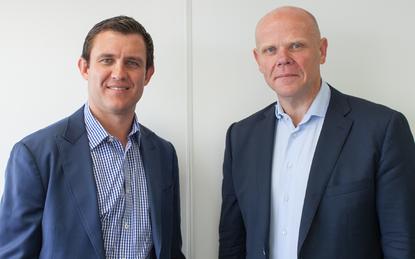 ASI Solutions has unveiled plans to expand into new markets across Australia, driven by the recruitment of Karl Sice as head of acquisition and strategy.

The move comes four weeks after the industry veteran vacated his role as head of Winc Technology Solutions across Australia and New Zealand (A/NZ), exiting the provider after almost six years.

Effective November 6, Sice - who was inducted into the ARN Hall of Fame in September 2017 - will join the solutions provider with the primary role of focusing on new business, verticals and technologies, helping build out long-term strategic plans as a result.

“ASI has experienced strong growth and we see Karl as a great addition to the already rich culture of the organisation,” ASI Solutions managing director Nathan Lowe told ARN.

“He will assist us to continue that trend with his leadership experience in business development, partnerships and alliances.”

In taking on the role, Sice joins ASI Solutions amid a record-breaking round of financials for the Sydney-based business, with revenue clocking in at $71.5 million for the 2017 financial year end, representing an upturn of $8.2 million compared to 2016 figures, rising 12.95 per cent.

As reported by ARN, figures were boosted by a wave of large contract wins, alongside a deepened focus on hardware and software deployment, coupled with the expansion of the company’s managed IT services and advisory capabilities.

Such growth prompted the need for expansion, according to Lowe, as the provider aims to capitalise on ambitious customer growth targets during the next 12 months.

“We have been thinking about recruiting for this role to assist in ASI targeting new markets and customers, so Karl was a natural fit,” Lowe explained. “Karl’s experience and track record proves he has the capabilities and personal drive to achieve success.

“The company has some aggressive growth targets which we feel Karl will definitely assist in driving towards achieving those numbers.

“With Karl also recently being recently appointed in the ARN Hall of Fame, this is something that I believe not only the channel industry recognises but customers also respect.”

After recording revenue of $56 million in 2015, ASI Solutions has experienced a stellar 24 months across Australia, validated by its recent crowning as Mid-Market Partner of the Year at the ARN ICT Industry Awards 2017, alongside being named in the Top 500 private companies by the Australian Financial Review.

Since joining in May 2012, Sice returned the Winc business to growth on both sides of the Tasman, building out alliances with key vendors such as Microsoft, HP, Hewlett Packard Enterprise, Dell EMC and Lenovo among others.

During his tenure, Sice spearheaded a local team which was awarded Lenovo Business Partner of the Year on two occasions - in 2015 and 2016 respectively - alongside operating as one of HP’s top three Platinum level partners across A/NZ.

In addition, Winc is a Platinum Dell EMC partner and was selected as a Microsoft Surface, Office 365 and Azure Solutions Partner in 2016, before taking on the CSP status in 2017.

“It is evident to me that the values and culture that exist in ASI are driven by its authentic leadership and strong reputation that’s been earned over many years of success in the market,” Sice told ARN. “Further, the future potential of the business as a result of their momentum excites me.”

Such an approach was recognised during the ARN ICT Industry Awards 2016, when the then Staples took home the Best Partner Performance Initiative of the Year.

The provider was recognised for its work around customer experience at the CXO level, through a series of thought leadership campaigns and events which attracted over 70 new executive level customers.

“My aspirations in the role include helping to create a winning environment, great engagement and culture for the team, ASI’s customers and partners,” Sice added. “I want to build a highly successful new business unit and couple that with effective strategy leadership.

“I also want to align and lead the partners, alliances and stakeholders towards even greater success and for ASI as a trusted partner, while helping build programs which disrupt productively and transform customers towards greater digital success.”

Before taking on the Staples role, Sice was general manager of Acronis across Pacific and A/NZ, alongside sales and director roles at Gartner and Sun Microsystems respectively.

In addition, Sice has held management roles at American Express and Dell, working in markets spanning both sides of the Tasman, the US and across Asia Pacific, including Japan.