NBN services complaints “cause for concern”

Reports 159.3 per cent surge in complaints about NBN-related services 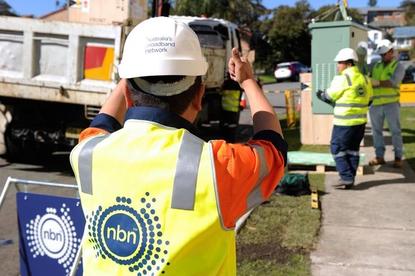 Australia’s Telecommunications Industry Ombudsman (TIO) has flagged the rapid growth in the number of complaints it has received about services delivered via the National Broadband Network (NBN) as a cause for concern.

The TIO, which provides an independent dispute resolution service for small business and residential customers who have a complaint about their telephone or internet service, released its Annual Report 2016/17 on 18 October.

Specifically, the TIO said that complaints about services delivered via the NBN increased by more than 100 per cent compared to 2015/16, which includes an increase in complaints about connection delays and reliability issues, such as faults.

Indeed, 27,195 complaints were recorded about services delivered over the NBN, a year on year increase of 159.3 per cent.

Furthermore, 16,221 complaints were recorded about faults in services delivered over the national broadband network, representing 6.7 fault complaints per 1,000 premises activated.

Delays to connections are the main cause for complaints, followed by internet and landline faults for services delivered over the NBN.

While the TIO noted that the increase in NBN-related complaints is somewhat to be expected given the acceleration of the network’s rollout, it is still a concerning trend.

“Complaints about services delivered over the national broadband network more than doubled, and while this is somewhat to be expected given the accelerating rollout, the increase is a cause for concern,” Telecommunications Industry Ombudsman, Judi Jones, said in the report.

“The supply chain for the NBN is complex, and complaints about services delivered over the NBN can be multi-faceted. Problems can arise with retailers, with other intermediaries, and sometimes the problem can be with the residential consumer’s or small businesses’ equipment.

"We are increasingly working with all the relevant parties in the supply chain to navigate these complexities and get the problem fixed."

The company behind the NBN, nbn, said in a statement that it acknowledges that the increase in complaints to the TIO about services delivered over its network in the 2016/17 financial year is “regrettable”.

“Overall TIO complaints about services delivered over the nbn network represent about 1 per cent of the number of activated premises,” nbn said. “We are working with retail service providers and industry as a priority to improve these figures and the overall experience for consumers.

“There is a direct correlation between the speed of the rollout and the increase in complaints – while the business is taking this very seriously and working to improve the customer experience, it is an unfortunate reality of such a fast-paced infrastructure build."

Indeed, nbn revealed on 16 October that it is stepping up its efforts to reduce lengthy connection times as it notches up three million activations on the network around the country.

“In terms of getting connected, we’re focused on what we call ‘aged tickets’ within the nbn system – customers who’ve been waiting too long to connect to the nbn access network,” nbn's chief network engineering officer, Peter Ryan, said in a blog post.

The company said that its ultimate aim is to stop customers getting “ping-ponged” between itself and NBN retail service providers (RSPs) to solve a problem.

According to Jones, the vast majority of broader telco complaints received by the TIO (90.8 per cent) were resolved by the residential consumer or small business and their phone or internet provider working directly together to solve the issues.

Overall, complaints about landline phones, mobile phones and internet services all increased, with residential consumers and small businesses making 158,016 complaints to the TIO in the financial year ending June.

In this period, complaints about landline phones, mobile phones and internet services increased by 41.1 per cent. The number of complaints recorded in 2016/17 is the highest level since 2012/13.

At the same time, 63,892 complaints were recorded about internet services, a year on year increase of 64.8 per cent.

Customer service, billing and payments, faults and complaint handling were the most common complaints about phone and internet services.

Optus, meanwhile, was the subject of 28,766 complaints received by the TIO, representing a 31.2 per cent year-on-year increase compared to 2015-16, and Vodafone saw 10,684 complaints against its name – an increase of 37.5 per cent compared to the previous year.

At the same time, iiNet, now owned by TPG, saw a 79 per cent increase in complaints against it, with the total tally coming in at 10,170 for the year, while its parent company was the subject of 6,995 complaints, an increase of 44.9 per cent on the year prior.

Of the telcos listed in the TIO’s report, Virgin Mobile, owned by Optus, was the only one to see a reduction in complaints against it, with the TIO receiving just 1,354 complaints about the company, representing a drop of 11.6 per cent compared to 2015-16.

It should be noted that, of all the telcos named in the TIO’s report, Virgin Mobile was only one of two not selling services via the NBN, with Vodafone being the other.

Australian communications industry body, the Communications Alliance, noted that complaints to the TIO as a proportion of services in operation (SIO) for report participants fell to 8.3 complaints per 10,000 services for the period July to September 2017.

This compares to a ratio of 9.0 complaints per 10,000 SIO in the previous quarter and is the lowest ratio since October to December 2016, the Communications Alliance noted.

“The industry is dealing with significant disruption that has been difficult for some customers and has generated worrying increases in complaint levels during the past 12 months (following four years of continuous reduction in complaints),” the Communications Alliance CEO, John Stanton, said.