Plans to invest $16.5 million into measures to help make the ban more effective 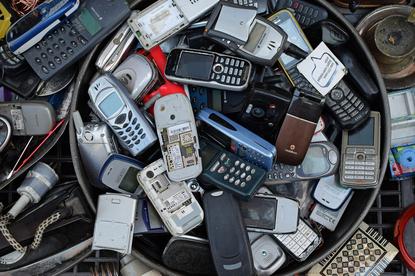 The Victorian Government is seeking industry and community input over its proposed e-waste landfill ban, as it invests $16.5 million into measures that will help to make the ban more effective.

The state's Minister for Energy, Environment and Climate Change, Lily D’Ambrosio, launched a public consultation on how the ban will be implemented, which is expected to come into effect in July next year.

Some of the $16.5 million investment will be used towards an education and awareness campaign to educate Victorians about how and why to recycle their e-waste, and new e-waste collection points that will be installed across the state.

“Our plan to better manage e-waste will encourage safe management of hazardous materials and allow greater recovery of valuable materials, ultimately leading to a more stable industry and jobs for Victoria,” D’Ambrosio said.

“The consultation process is important because we will need action from the community as well as recyclers and landfill managers to divert such a significant amount of waste from our landfills.”

According to the state government, e-waste was growing three times faster than general waste, with research indicating that in 2015, about 109,000 tonnes of e-waste going into the Victorian waste system. This figure is set to rise to 256,000 tonnes by 2035.

E-waste is considered to be made up of any device with a power cord or that’s battery operated including phones, computer and computer accessories.

The development of the Waste Management Policies to ban e-waste from landfill and ensure appropriate management of e-waste is a joint project between DELWP and the Environment Protection Authority.

Victoria’s waste and resource recovery groups will join with these other agencies to discuss the ban and supporting measures with stakeholders.

Last year, e-waste collection and recycling service, TechCollect, revealed in its research that the vast majority - 95.7 per cent - of Australians agree that recycling e-waste was important, but found 45 per cent do not currently recycle.

The research also uncovered that more than half of the respondents have more than three unused devices at home and 36.7 per cent have more than five unused electric cords or cables.

Survey results found inhibiting factors to the respondents recycling engagement revolved around concerns on data security (38.7 per cent) and 80 per cent of Australians admitted it was not a top priority when compared to household recycling.