Hemisphere’s Craig Katz jumps across the channel to Vectra 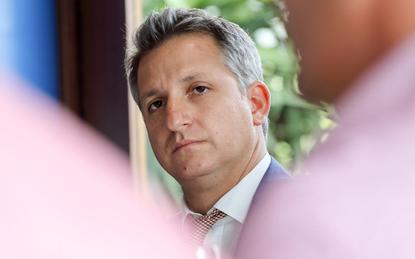 Vectra Corporation is headquartered in Adelaide, with offices in Sydney, Melbourne, Brisbane, Canberra and Singapore, and counts Centrify, Alienvault, Cisco and IBM among its vendor partners.

Katz officially jumped across from the distributor to the partner at the beginning of October after spending the past several months drumming up business for Centrify in his capacity as Hemisphere Technologies' sales director.

The new role sees Katz draw upon his background in identity solutions and other cyber security fields to bolster Vectra’s offering in areas such as identity, security information and event management (SIEM) and privilege access, among others.

"Vectra is a great company where there is a lot of opportunity, a great customer-base, and they deal very much in the consulting, PCI compliance side and managed services,” Katz told ARN. “So, it was a great time for me to go and bring my knowledge of the greater software spectrum of cyber security to that.”

For Katz, the new role opens up an opportunity for the former distribution player to fulfil his desire to get closer to end customers and help them directly with their technology needs.

“The goal is to be the trusted advisor to a lot of these enterprise and second tier companies, to not be the pitch man for all things cyber security and sell from all vendors, but to help make sense for these companies how it all ties in,” Katz said.

Katz’s move to the partner side of the channel comes at an interesting time for his former employer, Hemisphere Technologies.

Technically, Hemisphere Technologies is a different company to the distributor of the same name that entered liquidation early this year after becoming locked in a legal battle last year with its former partner, Kaspersky Lab, over alleged non-payment of royalties.

As a result of that deal, former director, Peter Phokos, left the distributor to pursue other business interests.

The resulting distribution company, under the ownership of Cheung and Mamonitis, promptly changed its name from Hemisphere Technologies to Thousand Hands Technologies.

Since then, however, the company has re-branded as Hemisphere Technologies. At present, the company names F-Secure, Centrify, Alienvault and Trustwave among the vendors with which it partners.

"Counterparts never really had a large focus on selling software, so I've come on board to build a new team around that business, create alignment with the software vendors that we're working with, and bring on board new ones," Jones told ARN at the time.