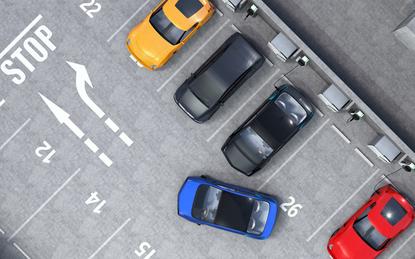 Originally unveiled at 2017 Google I/O in May, the offering operates as a fully managed service on the Google Cloud Platform (GCP), designed to securely connect and manage IoT devices at scale.

Since introducing the service four months ago, a range of customers across industries such as transportation, oil and gas, utilities, healthcare and ride-sharing have used the service to provide feedback and insights.

Specifically Smart Parking, a specialist in the design, development and management of parking technology.

With offices across Australia, New Zealand and the UK, the ASX-listed business provides managed solutions which allow customers to manage on-street and off-street parking efficiently and cost-effectively.

Leveraging a customer base that includes Brisbane Airport, Auckland Council and Transport for London, the company recently introduced the latest version of its platform that expands its scope from smart parking to smart cities.

This new platform, built on GCP, leverages Cloud IoT Core to allow input from any number of distributed devices within a city, with Smart Parking now able to drive city-wide analytics and interconnected logic using powerful streams of real-time data.

“Our devices are heavily used and constantly send us a huge volume of data,” Smart Parking CTO John Heard said. “By connecting these devices to Cloud IoT Core, we have a secure and reliable way to not only ingest that data but then also use it to gain valuable insights.

“We know exactly how our systems are performing and can push updates to devices to ensure we deliver the best products and services as cost effectively as possible.”

With Cloud IoT Core now publicly available to all users in beta, the tech giant has also introduced a new set of features in the current release.

Chakraborty said key new features include the ability to “bring your own certificate”, in response to requests from Cloud IoT Core private beta users to verify the ownership of device keys.

In addition to asymmetric key-based authentication per individual device, users can now bring their own device key signed by their Certificate Authority (CA), with IoT Core verifying the signature of the key provided by the device with the CA certificate during the authentication process.

“This, for example, enables device manufacturers to provision their devices offline in bulk with their CA-issued certificate, and then register the CA certificates and the device public keys with Cloud IoT Core,” Chakraborty explained.

“Certain use cases require an IoT application to retrieve the last state and properties of an IoT device even when the device is not connected,” Chakraborty added.

“Cloud IoT Core now maintains a logical representation of the physical IoT device, including device properties, and its last reported state. It provides APIs for your applications to retrieve and update the device properties and state even when the device is not connected.

“Private beta users of Cloud IoT Core have built innovative IoT solutions in a short period of time. For example, transportation and logistics firms have used it to proactively stage the right vehicles in the right places at the right times. Utilities have enabled monitoring, analysis and prediction of consumer energy usage in real-time.”

From a channel perspective, Google unveiled plans to continue working with partners to offer devices and kits that work alongside Cloud IoT Core.

Pricing wise, Google also introduced a plan based on the volume of data exchanged with Cloud IoT Core.

“You can register as many IoT devices as you want, and you pay only when the devices connect to and exchange data with Cloud IoT Core,” Chakraborty said.

“To make it simple to build quick prototypes with just a few devices, we have added a free tier that lets you try the service at no cost.”