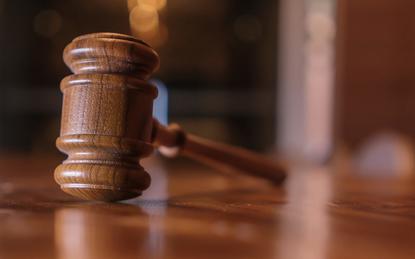 CSG Limited (ASX:CSV) has found itself in a legal tangle over alleged contract breaches after terminating the employment of a former regional general manager last year.

Former CSG Communications regional manager for NSW and the ACT, Forrester Leahey, who was employed by the CSG service business until last year, launched legal action against the publicly-listed IT and print services firm in late 2016.

The Fair Work division case, being heard at the Federal Court of Australia in NSW revolves around Leahey’s allegations that CSG breached certain contractual obligations when it terminated his employment in August 2016.

According to a ruling handed down on 18 September by Federal Court judge, Justice Michael Lee, Leahey’s case against CSG is “essentially threefold”.

Specifically, the first aspect of the case involves CSG allegedly not telling the entire truth concerning the reasons behind the termination of Leahey’s employment in 2016.

“In his amended statement of claim, Mr Leahey says that the termination constituted adverse action by CSG against him because he exercised one or more of eleven workplace rights and, by doing so, CSG acted in contravention of [section] 340 of the Fair Work Act 2009,” Lee said, in his ruling.

Both of the financial remuneration matters in the case, which collectively are worth potentially hundreds of thousands of dollars, hinge on whether CSG had met its obligations, as Leahey’s employer, to clearly set performance measures in a “timely manner”.

The legal proceedings come after a long relationship between CSG and Leahey, who more recently has worked as a business development manager and master agent for Fuji Xerox Australia.

Prior to his employment with CSG from 1 July 2012, Leahey had been engaged by the company as an independent contractor. This changed in June 2013 when he entered into an employment agreement, dated 26 June 2013, when he was hired as the company’s regional general manager for the ACT and NSW.

However, in August 2016, Leahey’s employment with CSG was terminated, with the company citing an alleged sales target shortfall in FY16, “low” motivation for his role, and claims of “unacceptable conduct” following an alleged incident in Brisbane involving an altercation with a fellow CSG employee in mid-July 2016.

For his part, Leahey rejects the bulk of CSG’s rationale for its termination of his employment, and instead alleges that the company showed him the door only after he “exercised” a number of his workplace rights.

“It was only after Mr Leahey had made numerous complaints about his remuneration that CSG embarked on a process by which it could make Mr Leahey’s position redundant and through which it had identified him as a poor performer and someone who only occasionally displayed CSG’s ‘values’,” Justice Lee said in his ruling.

“It will already be evident that I reject the submission of CSG that the genuineness of the reasons given for the termination “cannot be doubted”.

“This is because I have already concluded that CSG opportunistically fastened onto the Brisbane incident as a partial justification for dismissal,” he said.

Justice Lee’s ruling also tends to side with Leahey in the matter of the financial incentive payments, or lack thereof, with Lee suggesting that CSG had, indeed, breached the employment agreement by its “failure to comply with its obligation to finalise targets and provide the necessary KPIs” in order to allow Leahey to obtain the benefit of his STI in FY2016.

Lee noted, however, that the underlying legal question is what, if any, damages are payable by CSG for its alleged breach of contract.

Meanwhile, in August, CSG reported a net profit after tax (NPAT) loss of $43.7 million after writing off $55 million of goodwill associated with its print business earlier in the month.

At the same time, CSG's total revenue was $244.5 million for the 2017 financial year, or a one per cent decline compared to the previous year.

Leahey had not responded to ARN’s queries at the time of writing. CSG declined to comment.