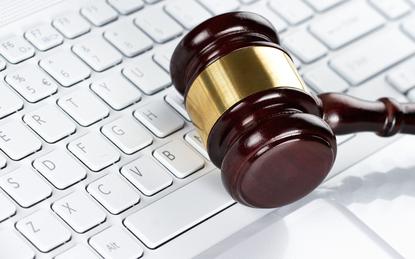 Former DXC Connect general manager, Rob McCabe, has been hit with legal action over alleged confidentiality breaches in a legal case that extends to several people from the business’s ranks.

DXC Technology launched the legal action in early August against several members of its leadership ranks in Australia who, it is understood, may have been in a position to allegedly migrate, potentially en masse, to fellow system integrator, Data#3.

Among those at the receiving end of the case, which has been brought by DXC Technology in the NSW Supreme Court, is national solutions manager of the company’s DXC Connect business – formerly UXC Connect – Stephen Deibe, along with McCabe.

Indeed, the several defendants named in the case are largely from DXC Connect’s leadership and upper management ranks.

McCabe resigned as general manager of DXC Connect on 21 June 2017, giving three months’ notice, according to court documents, and was placed on “gardening leave” in late July.

McCabe, like many other DXC Connect personnel, was with the business since before its acquisition by CSC in early 2016.

The organisation was then folded into the DXC Technology brand when CSC merged with Hewlett Packard Enterprise’s (HPE) Enterprise Services business in April, creating IT services powerhouse, DXC Technology.

A judgement handed down on 31 August by the NSW Supreme Court’s Justice Ashley Black, granted DXC Technology an interlocutory injunction restraining McCabe from disclosing or using “specified information” belonging to the integrator.

Specifically, DXC Technology had sought an order restraining McCabe from using or disclosing its confidential information and restraining him from being employed, engaged or contracted by or working for potential rival, Data#3, directly or indirectly, until further order or by March next year.

DXC also sought an order requiring McCabe to produce to the court each computer, mobile phone, USB storage device or other electronic storage device that he has used since 1 May 2017, for inspection by DXC.

The court documents show that DXC Technology alleges McCabe made a number of copies of information that could be construed as “potentially commercially sensitive”. McCabe’s legal team have denied that allegation.

However, DXC has sought to establish the confidentiality of the information held by McCabe on the basis that it differentiates itself from its competition by pricing of products, sourced from alliance partners with which it deals.

While the court ruling handed down on 31 August relates only to McCabe, it sheds light on the broader legal action being taken by DXC Connect against the DXC Connect alumni named as defendants in the case.

According to the court documents, DXC Connect interim director, Rob Kohler, who stepped in to fill McCabe’s role when he departed, gave evidence referring to several documents which had been identified by forensic examination and were the subject of evidence of forensic information technology specialist, Peter Chapman.

According to Justice Black, the documents presented by Kohler suggest an alleged “degree of planning and coordination as to the circumstances in which several employees of DXC would resign from DXC and join Data#3”.

Further, Justice Black said that the documents indicated that information of projected financial targets was allegedly provided to Data#3, which is “broadly similar to the sort of information which is produced for DXC’s (and, I interpolate, many businesses’) planning purposes”.

“That evidence is substantially undermined by the fact that a significant amount of information as to particular clients and the revenue derived from their projects, including government clients, was in the public domain,” he said.

According to Justice Black, it appears that McCabe decided to leave DXC by May 2017 and was allegedly in contact with Data#3 by mid-May 2017.

“On 23 May 2017, a UDisk USB storage device was connected to Mr McCabe’s laptop computer used in connection with his work at DXC,” Justice Black said in his judgement. “[However], the evidence does not establish whether any information was copied to that device by Mr McCabe.”

In his evidence to the court, Kohler alleged that 12 other employees of DXC also resigned between 20 June 2017 and 7 July 2017, giving four weeks’ notice, and it appears that some or all of those employees will allegedly commence employment with Data#3.

“It appears that the employees who resigned were responsible for a significant amount of revenue within DXC’s business,” Justice Black said.

According to evidence presented to Justice Black, McCabe allegedly met with Data#3 CEO, Laurence Baynham, on or about 1 June 2017, and subsequently spoke to several other senior executives of DXC about the possibility of joining another business “similar to DXC”.

McCabe then allegedly prepared a presentation document at Data#3’s request, according to the evidence presented to Justice Black, headed “Data#3 Investment Opportunity June 2017”.

“That document identified the purpose, presumably of the business to be created within Data3, as: ‘an agile and customer focused Infrastructure Practice specialising in the design, implementation, and support of customised solutions to meet our customers [sic] business needs’,” Justice Black said in his judgement.

“That description provides support for the overlap between that business and DXC’s business.”

According to Black, the Data#3 presentation also allegedly referred to an opportunity to hire “20 key personnel” from DXC and to several advantages for Data#3 in that opportunity.

Furthermore, it also allegedly identified three entities as “immediate targets for urgent engagement and transition”, which were clients of DXC.

In fact, a page headed, “Opportunities NSW”, in the Data#3 presentation allegedly identified several clients, described as “customers we believe we can shift”, according to Justice Black’s judgement, and identified their actual revenue for the 2017 financial year and their “pipeline” revenue for 2018 financial year.

“Those clients were clients of DXC,” Justice Black said. “Many of them were government entities, which publicly release information as to the projects given to DXC and other suppliers and their value; and several others were corporate entities as to which such information may not be publicly available, although there is evidence that substantial projects are often reported in the trade media and industry publications.”

This point has been backed up by McCabe’s legal team, which has pointed to the evidence that revenue figures in respect of government contracts are publicly available.

McCabe’s legal team also submitted to Justice Black that there is no reason to think that past revenue information of this nature would provide any “head start or springboard” to Data#3 so as to support a “springboard injunction” of the kind sought by DXC.

Justice Black, however, noted that the Data#3 presentation also allegedly identified the basis on which the “relevant persons” were looking to be remunerated for their potential engagement with Data#3.

“There is evidence of a degree of planning in respect of the transition of several employees of DXC to Data#3, including a spreadsheet listing potential resignation dates of employees and their potential start dates with Data3,” Justice Black said.

"In the result, DXC has had some success in respect of its application. That success was founded on confidentiality and the contractual restraint of trade, not on the claim for an injunction under the “springboard” principle," he said.

Following the decision, a spokesperson for DXC told ARN: “We are pleased that the contractual restraints in relation to Robert McCabe, the former business lead for DXC Connect, have been upheld in interlocutory proceedings. At this time, we respectfully decline further comment given ongoing legal proceedings.”

It should be noted that Data#3 has not been joined in the case, and is not subject to any of the allegations.

Neither McCabe nor Deibe had responded to ARN's queries at the time of writing.