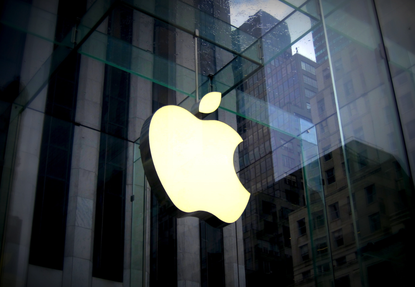 The new laws introduced by the Federal Government to crack down on tax avoidance by large multinational companies has resulted in little or no change to the local operations of Apple, one of the local tech players to have come under intense scrutiny over its tax practices.

The Diverted Profits Tax Bill 2017 and the Treasury Laws Amendment (Combating Multinational Tax Avoidance) Bill 2017 were introduced into Parliament in February, and were passed by the Senate into law on 27 March.

The new legislation is aimed at targeting profit-shifting among multinational enterprises, and was scheduled to come into effect from the beginning of July.

In the words of the Bills’ explanatory memorandum, the new legislation aims to “ensure that the tax paid by significant global entities properly reflects the economic substance of their activities in Australia and aims to prevent the diversion of profits offshore through contrived”.

Ultimately, the new laws see some companies that book their profits in international regions that claim a lower tax rate than Australia’s standard 30 per cent company rate slugged with a tax bill based on a rate of 40 per cent.

The introduction and passing of the laws came after a lengthy Parliamentary inquiry into corporate tax avoidance, during which some of the biggest tech players in the local market fronted up to the Senate Economics References Committee-led inquiry.

Among those under scrutiny were Apple, Microsoft, IBM and Google, all of which have been on the Government’s radar in relation to their local tax practices.

Apple has been subject to particular scrutiny by the committee members, and was also the subject of an audit by the Australian Taxation Office (ATO) – as were Google and Microsoft.

In 2013, Labor MP, Ed Husic, singled out Apple over its tax practices, questioning how the company's local operation could accrue $5.5 billion in costs.

The California-headquartered tech company has previously come under fire after reported claims it had previously employed a tax minimisation strategy dubbed, “double Irish Dutch sandwich”. The technique involves the use of a combination of Irish and Dutch subsidiary companies to shift profits to low or zero tax jurisdictions.

However, this is a charge Apple has consistently denied. Indeed, Apple's managing director for Australia and New Zealand, Tony King, reportedly told the Parliamentary committee inquiry in 2015 that he had never heard of the well-known tax minimisation strategy, according to Fairfax.

While King denied any knowledge of the practice, Apple has since been slapped with €13 billion in back taxes by the European Union – a bill which both Apple and Ireland are reportedly fighting.

Now, King has revealed that since the introduction of the new laws in Australia aimed specifically at reducing tax avoidance practices such as the “double Irish Dutch sandwich”, Apple has made practically no changes to its business model in Australia.

“As new tax laws have come into effect in Australia, like the Multinational Tax law, Apple has not needed to make any changes to our business model, which was and remains compliant,” King told Committee members at a public hearing on 22 August. “As financial reporting and tax transparency measures evolve, Apple is fully adopting these measures.”

Further, King revealed that the audit undertaken by the ATO has come to its completion with no penalty publicly imposed on the tech company.

“Apple continues to have a straightforward business model here in Australia that has essentially remained unchanged for decades,” King told the Committee members.

Asked specifically about the tax bill imposed on Apple by the European Union, King said only that the company is a “compliant taxpayer everywhere that we operate in the world”.