Vita set to boost its store numbers to 115 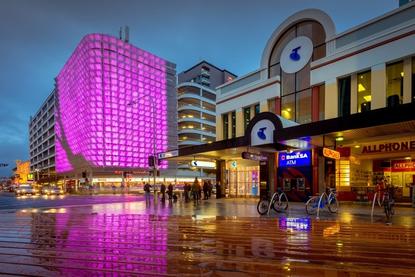 Vita Group (ASX:VTG) has foregone some remuneration factors for a greater store presence after renegotiating its licensing deal with Telstra.

The publicly-listed company, which owns and operates over 100 Telstra-licensed retail outlets around the country, told shareholders on 11 August that it had concluded negotiations with its strategic partner, Telstra (ASX:TLS).

The companies agreed on some changes to the terms of its Master Licence Agreement relating to tenure, remuneration and an immediate expansion of its allowable store footprint, with the new arrangements aimed at delivering long-term benefits for both parties.

Principally, the companies agreed on an expansion in the allowable number of stores Vita can own and operate to expand to 110, effective immediately.

At the same time, however, Vita also agreed to forego some legacy remuneration components, effective from 1 July 2019, amounting to approximately 7 to 8 per cent of retail remuneration.

The company said that this will be partly offset by a further expansion to 115 stores from this date - all movements in and out of the footprint are subject to Telstra approval.

The question of remuneration from Telstra under the existing licensing deal has been hot button topic for Vita Group and its shareholders of late, with Vita Group CEO, Maxine Horne expressing concerns in May over Telsra’s decision to dramatically drop its rate of remuneration to the retail store operator incrementally over the next three years.

The remuneration reductions initially agreed to by Telstra and Vita Group between December last year and February were part of a response to margin pressures faced by the telco in a “very” competitive mobility market, as well as the ongoing rollout of the National Broadband Network (NBN), the company said.

Now, following discussions between the parties, Telstra has confirmed that it is comfortable with the model of remuneration applicable for the 2018 financial year, reflecting changes made up to and including 1 July 2017.

However, the telco also clarified that it has made no specific decisions about any remuneration changes beyond the 2018 financial year.

“Whilst Telstra retains the right to amend remuneration up or down to reflect changing market conditions and product lifecycle changes, the current remuneration model balances prevailing industry conditions with the economic health of the licensee channel,” Vita Group told shareholders in a statement.

Regardless, the tenure of the agreement has been extended to 30 June 2023, with rolling annual extensions after this date.

At the same time, the agreement is subject to annual review, which will include Vita’s performance against key metrics. A minimum of three-year’s notice is to be provided by either party, should they wish to cease the agreement at the relevant expiry date.

Horne said that the new agreement recognised the long-standing strategic relationship between Vita and Telstra and demonstrated Vita’s continued strong performance as Telstra’s only master licensee.

“We are very pleased with this outcome, which reflects the confidence Telstra continues to place in Vita to deliver results,” she said. “With this key milestone achieved, the Vita team are well positioned to deliver long-term value to our customers, our team members, and of course to Telstra and our shareholders.

The new deal comes as fellow Telstra retail partner, Interactive Telecoms, goes into voluntary administration after being hit by financial difficulties arising from ongoing changes in the way Telstra structures its commissions for licensed retailers.

According to the company’s former business development manager, Andrew Wulff, the changes to Telstra’s commission structure - which sees the telco remunerate licensed retailers for products and solutions sold under the Telstra banner - were allegedly poorly communicated by the telco to its partner.

Wulff told ARN that the commission changes started 36 months ago “as a couple of indiscretions”.

“Over the last 12 to 24 months it became exponentially worse, Telstra seemed to change their rules of business that applied to us , which in turn affected the commission structure, weekly without communicating that to us effectively,” Wulff said.