Vendors fight for supremacy as tablet market continues to tumble 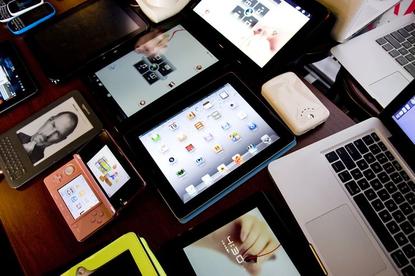 The downward spiral of the tablet market continued during the second quarter of 2017 (2Q17), with low-cost devices offering the only form of temporary relief.

Despite notable product launches such as the new lower priced iPad and products from other top-tier vendors, according to IDC findings, worldwide shipments for tablets declined 3.4 per cent year over year in 2Q17, reaching 37.9 million.

Once touted as the saviour of the market, detachable tablets also declined in the second quarter as consumers waited in anticipation of product refreshes from high-profile vendors like Apple and Microsoft.

However, with new product launches towards the end of the second quarter, the detachable market is expected to maintain a stronger position in the second half of the year.

“There's been a resetting of expectations for detachables as competing convertible notebooks offered a convincing and familiar computing experience for many,” IDC senior research analyst Jitesh Ubrani said.

“To date, the 2-in-1 market was bifurcated as Apple and Microsoft led with detachables while the PC vendors led with convertibles.

“Though that is slowly changing as smartphone vendors and traditional PC vendors begin to offer compelling alternatives, the pace has been rather slow as Surface and iPad Pro still dominate shelf space and mindshare.”

Market turmoil aside however, three of the top five vendors managed to increase share and grow on an annual basis with price being the largest driving factor.

But these gains may be temporary as the replacement cycle of tablets is still long (closer to traditional PCs rather than smartphones) and first-time buyers have become a rare commodity.

With downward pressure on pricing from big name brands, "whitebox" tablet vendors and smaller brands are starting to turn their attention away from tablets and IDC expects this trend to continue.

“The tablet market has essentially become a race to see if the burgeoning detachables category can grow fast enough to offset the long-term erosion of the slate market,” IDC research director Linn Huang added.

“From that lens, the second quarter was a slight righting of the ship and there is still much to be hopeful about in the back half of 2017.

“New product launches from Microsoft and Apple are generally accompanied by subsequent quarters of inflated shipments, the reintroduction of Windows to the ARM platform could help remedy the aforementioned hollowing of the middle of the market, and we expect a proliferation of Chrome OS-based detachables in time for the holidays.”

From a vendor perspective, Apple positioned itself quite well during the quarter by consolidating its line-up and introducing two new iPads.

Meanwhile Apple's transition towards detachable tablets continued with the launch of the 10.5" iPad Pro and a major update to iOS (expected later this year).

In addition, Samsung was able to gain share simply by sustaining flat growth in this declining market.

“The company appears to be the third major contender in detachables, after Apple and Microsoft, and in typical Samsung fashion offers multiple detachable tablets with a choice of either Windows or Android,” Ubrani added.

On a worldwide basis, Samsung's slates have a significant presence though, like many other vendors, this portion of the business continues to struggle.

Further down the list, Huawei's investment in brand marketing in Europe and Asia has continued to work well as the company finds itself among the top five for tablets as well as smartphones.

“With plenty of low-cost and cellular-enabled options, Huawei has been able to slowly steal share from rivals like Lenovo,” Ubrani said.

“However, the company has been fairly cautious of the detachable market and recent products have had very limited launches.”

Across the market, Amazon.com's aggressive pricing strategy has worked well due to its ever-growing ecosystem.

“Amazon also managed to update its line-up, offering new tablets at a better price and expanding its Alexa service to the UK,” Ubrani observed.

“Amazon is also the only major vendor that actively targets the kids' tablet market by offering a dedicated bundle inclusive of kid-friendly content – an approach that seems to have paid off as the company has managed to maintain a stronghold in the tablet market.”

Despite the annual decline, Lenovo has also managed to slowly increase the share of detachable tablets within its product portfolio, which tend to have a higher average selling prices (ASPs).

“A low-cost strategy focused on Asia has worked so far, but that strategy is starting to lose its legs,” Ubrani added.