Secret Reseller - People power is a tricky thing to master

ARN’s partners inside the industry lift the lid on the real world of the channel. 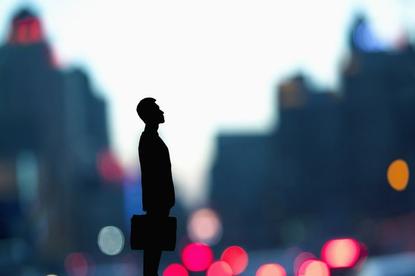 Lately, I’ve been thinking a lot about ambition.

As an entrepreneur, I would never have been happy with punching the clock until retirement but there are so many who are. And that got me thinking about how to get the most out of those people.

Now, we have all had those whizz kids coming through the business. We all know the type, the highly- motivated type, the type that seem to never sleep and the type that rise quickly through the ranks before moving on to start their own thing. But those types of people are the exception and not the rule.

For most, stability and a solid working environment prove enough to satisfy, alongside the prospect of gradual progression through an organisation. Collectively, this usually meets the need for career advancement.

And these are the people who have the potential to fundamentally change the future of a company.

We all have employees like this — good, dedicated people who like their jobs but don’t have the same emotional — not to mention financial — investment in the company as we, the owners, do.

As an owner, I never expect my employees to work as hard as I do but wouldn’t it be nice if we could get five to ten per cent more productivity out of them?

And there is a third group of employees also to consider. They are called the complacent, those willing to sit back and lay in the cut so to speak.

While they thankfully don’t make up the majority workforce, they are happy just to do their job and go home. It’s not that they don’t care about the company but it is certainly not their top priority.

Now, it’s not easy to tell from which of these three groups your employees will come and there are certainly crossovers between the three, but if the mix is managed, it can really benefit the company.

For example, having too many of the go-getters in a team with complacent individuals can cause considerable tension and ultimately impact productivity. Why? Because you end up spending more of your time putting out fires and settling personal disputes instead of getting on with the job.

In finding talent, we do have some advantages over other industries. Tech companies — granted mainly vendors — often end up on the “best places to work” lists which is due in part to the interesting work the employees get to do.

Having new challenges daily, alongside flexible working conditions, creates an environment that only the lucky few can expect.

The other side of the coin is skills. There is a certification requirement for most positions in IT and thus the pool of potential candidates is smaller than in other industries.

Coupled with this is the tricky job of identifying potential at the interview stage and channeling that potential to ensure that both the employee and the company win.

So we are in a fix, some employees want to move too quick, some too slow and others — thankfully the majority in my experience — just get the job done.

In my opinion, the trick is giving enough opportunity — within reason — to everyone while giving extra attention to those who can help the company grow, for however long that might be.