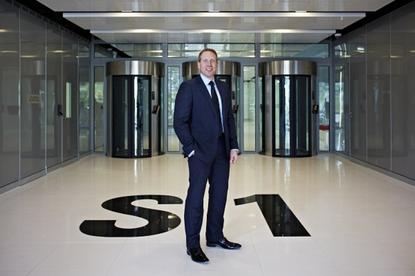 NEXTDC (ASX:NXT) has made a multi-million dollar bid to wrest back ownership of Asia Pacific Data Centre Group, the company that owns the property and buildings in which three of its data centres are housed.

The data centre operator, which is publicly-listed on the Australian Securities Exchange (ASX), told shareholders on 26 July that it had put forward a proposal to Asia Pacific Data Centre Group (ASX:AJD) for a conditional offer to acquire all of the ordinary, fully paid, stapled securities that it does not already own.

The offer placed the value of the deal at $1.85 per security.

The Asia Pacific Data Centre Group is a special purpose real estate investment trust (REIT) which was established to own properties – including land and buildings – that are operated or being developed as data centres.

NEXTDC’s bid to buy back ownership of the company comes in response to efforts by publicly-listed fund manager, 360 Capital Group (ASX:TGP), to buy up a controlling stake in the property company and replace its management team with its own.

On 18 July, NEXTDC told shareholders it had acquired a 14.1 per cent stake in the property company in a bid to fend off 360 Capital Group’s move to take control of the company via the 19.8 per cent stake it claimed earlier this year.

Now, NEXTDC has told shareholders it has acquired an 18.6 per cent stake in the company at a cost of $38.2 million.

The initial stake and the proposed follow-on acquisition of Asia Pacific Data Centre Group will be funded from NEXTDC’s existing cash reserves, the company said.

“In 2015, we advised the market of our change in strategy to own more of our data centre properties over the longer term when we announced that NEXTDC would proceed to develop and own the new data centres for Brisbane (B2) and Melbourne (M2),” NEXTDC CEO, Craig Scroggie, told investors.

"S1, M1 and P1 are properties well known to us and represent a low risk acquisition for NEXTDC, which can be funded from our existing cash reserves following the successful upsizing of Notes III in May 2017,” he said.