Acquisition also allows the company to open up to new verticals 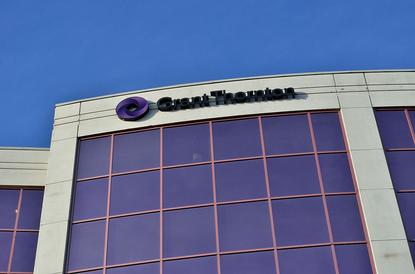 In an attempt to expand its operations beyond its Melbourne base to Sydney, Annexa has acquired Grant Thornton Technology Solutions, a Sydney software division owned by professional services firm, Grant Thornton, for an undisclosed sum.

According to Annexa, which is a strategic partner of NetSuite Oracle, the acquisition is only for Grant Thornton's software division, while its other independent assurance, tax and advisory firms will remain in the hands of Grant Thornton.

Annexa partner and solutions lead, Matthew Owens, said the acquisition is the “next pivotal step” in Annexa’s growth and development, taking the team to more than 40 employees and boosting Annexa’s portfolio value by 30 per cent.

“The move forms part of a broader expansion strategy, allowing Annexa to expand its operations into Sydney to ensure greater on the ground presence," Owens said.

“As a strategic partner with Oracle NetSuite, this acquisition will allow us to deliver the highest level of professional services to our customers both nationally, and on a global scale,” he said.

Owens aso mentioned that the move follows “significant interest” in AnnexaConnect, Annexa’s omnichannel systems integration capability, and this acquisition will enable AnnexaConnect to build on its presence in the Sydney market.

“It allows us to strengthen our position in the Sydney market, while opening us up to new verticals such as the not-for-profit sector,” he said.

Owens also said the expanded Annexa team looks forward to supporting the global growth plans of NetSuite in the wake of the Oracle acquisition.

In April, Oracle CEO, Mark Hurd, took to the stage at the Sands Expo and Convention Center to outline his plans for NetSuite and for Oracle's transition to the cloud.

He said Oracle plans a decade-long march to the cloud, combining a SaaS suite built on established standards in a platform designed to be extended, for both on-premise and in the cloud, while NetSuite will enable the company to lead the ERP market with a suite that has the capacity to grow while maintaining its strong partner ecosystem.

"You're going to see 70-80 per cent of our market begin to shift from the traditional outcomes to the cloud market," he said previously. "We are now the fastest growing cloud company."

"Our strategy is to give NetSuite all the benefits of Oracle scale, and try to give it none of the inconveniences of Oracle's bureaucracies," he added at the time.

Grant Thornton Australia partner of technology advisory and solutions, Alex Gelman, said the acquisition is beneficial to the company as Annexa has “a depth of relevant specialist expertise” as one of the largest cloud-based NetSuite partners in Asia Pacific.

“Under Annexa’s leadership and ownership, the business will be strengthened, enhancing customer experience and focusing on supporting its customers to maximise business outcomes through cloud technology,” Gelman said.

Annexa has been instrumental in supporting the global expansion of some of Australia’s largest and most respected brands, including REA Group, Aesop and T2 to name a few.