Says goals are “on track” with new contract wins 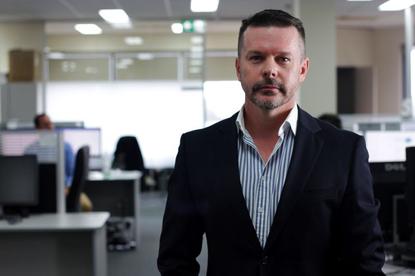 Western Australia’s Cirrus Networks (ASX:CNW) has been raking in the new sales since it acquired Victorian IT solutions provider, NGage Technology Group, earlier this year, recording more than $15 million in new orders.

In a statement submitted to the Australian Securities Exchange (ASX), the publicly-listed IT solutions provider announced in March that it had struck a deal for the $2.5 million buyout of NGage, which was at the time slated to result in a geographic and client diversification with new contract wins.

“[It] brings the amount of new orders booked by NGage since it was acquired by Cirrus in April to access of $15 million, highlighting the significant value this geographically strategic acquisition has brought to the company,” it said.

Some of the new contract wins include a “significant order” from one of Australia’s top financial companies, as well as an infrastructure and services contract with a “major national energy stakeholder worth in access of $500,000”.

According to Cirrus, the latter will see Cirrus provide the customer with data management technologies.

Cirrus also said the win has positioned the company as a “preferred candidate” on a number of other opportunities in various locations around Australia.

This includes contributions from Victoria and Canberra, especially within the resources, financials, education, health, government, and not for profit community services sectors, in addition to its Western Australian business run.

Cirrus added that as a result of its current run rate, its FY17 goals for revenue are “on track”, with an expected 150 year-on-year, valued in access of $50 million.

“These results are a testament to the strategic success of Cirrus’ geographic and customer diversification,” it said.

Moving into FY18, the company is expected to look for opportunities in further growing top line revenue and have an increased focus on margin and net profit after tax (NPAT) growth for the benefit of shareholders.

It said that this will be achieved through a focus on its new annuity contracts, professional services growth and further leveraging its buying power in Melbourne with its Tier 1 vendors.

“I am very proud of the growth the business has been able to achieve in its short history,” Cirrus managing director, Matt Sullivan, said.

“We are delighted to be able to continue to execute on our top line growth strategy for FY17 with a number of significant contract wins with blue chip clients which highlights the success of our focus on high quality staff delivering innovative value add solutions to high quality clients.”

Cirrus also recently announced that its founder and executive director, Frank Richmond, is set to step down from his role at the end of June.

Richmond will assume a non-executive director role at the end of the current financial year, a move that will see him removed from the day-to-day running of the company, and relocate back to the United Kingdom.