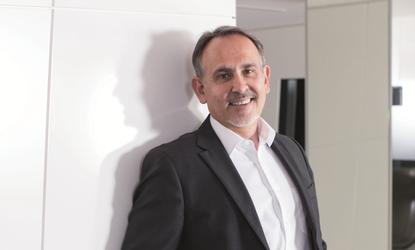 TechnologyOne has called for arbitration as its spat with the Brisbane City Council (BCC) continues to escalate.

TechnologyOne, which is publicly-listed on the Australian Securities Exchange (ASX) quickly returned fire, telling its shareholders that the majority of the project’s estimated costs blowout had been entirely at the hands of the council.

It also took the opportunity to reassure investors that it would be ready for litigation if the dispute came to a drawn-out legal battle.

Now, it appears as though the dispute could end up either seeing the termination of the contract or, potentially, a full-blown legal battle if the two organisations are unable find an alternative way forward.

It is understood that such a notice is the first step taken when a party wishes to pursue legal action.

TechnologyOne said it provided the BCC with its detailed response to this notice on 29 May. The BCC informed TechnologyOne that it would not be terminating the contract on the basis of the May notice, according to the company.

In late May, TechnologyOne itself subsequently issued the BCC with a notice to show cause for failure to pay invoices for “Milestones 7 and 8”, which is a material breach of the contract, according to the company.

Payment of $750,000 was subsequently received from the BCC for these Milestones on 23 June 2017 which remedied the breach in question.

However, on 26 June, the BCC issued TechnologyOne with a second notice to show cause, covering many of the same issues in the earlier, the May notice that the BCC did not act upon, the company said.

In response, TechnologyOne has vowed to “vigorously defend” its position in its response to the latest notice.

According to a statement from TechnologyOne on 28 June, the BCC informed the IT services company that it would not be terminating its contract on the basis of the May Notice to Show Cause.

“Our attempts to resolve this dispute and reach a pragmatic and mutually beneficial arrangement with BCC continue,” TechnologyOne executive chairman Adrian Di Marco said. “However, BCC appears to be committed to resolution by way of legal proceedings rather than commercial negotiation."

According to Di Marco, the BCC is now insisting that TechnologyOne configure a system for the BCC strictly in accordance with the 2015 Contract that “does not meet BCC’s current business requirements”.

“BCC’s business processes have changed since 2015,” he said.

In October 2016, the BCC provided updated business process requirements that expanded the scope of the project, according to Di Marco.

“BCC have refused to issue a contract amendment and TechnologyOne is being asked to now configure a system for BCC that does not reflect BCC’s current business processes,” he said.

“This demonstrates that BCC is no longer genuinely committed to working with TechnologyOne to deliver this project. BCC is engineering a situation where TechnologyOne is unable to perform against the contract.

“Given these facts, attempted termination of the contract by BCC continues to be the most probable outcome,” he said.