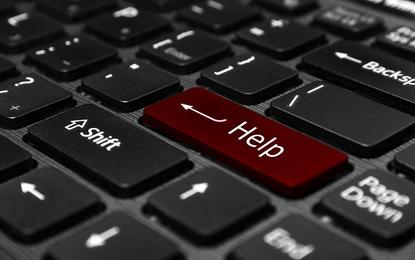 The Australian Taxation Office is facing yet another online systems outage, with both internal and some external systems affected.

Trouble struck on the morning of 22 June, with the ATO telling Australians via social media that it was investigating intermittent issues with its website and online services.

As reported by sister publication, Computerworld, ATO assistant commissioner, Colin Walker, said in a statement that the systems issues were affecting all the ATO’s systems, including ATO online, portals, PLS and its website.

“We are working on this as a priority. We will keep you updated on the progress,” he said.

Further, a systems update from the agency said that the agency was, “aware some internal and external systems are intermittently unavailable, including ato.gov.au”.

We're investigating intermittent issues with our website & online services as a priority. We'll provide an update when it's been resolved.

The outage comes as the agency works to put a major hardware failure and a series of subsequent systems outages behind it.

The hardware trouble struck the ATO in December last year when an “unprecedented” failure of 3PAR storage area network (SAN) hardware that had been upgraded in November 2015 by Hewlett Packard Enterprise (HPE) resulted in widespread outages among many of the ATO’s systems.

An investigation into the incident revealed that log data generated by the HPE storage hardware being used by the ATO flagged potential issues months before the agency’s systems were hit by the massive outage.

Specifically, since May 2016, at least 77 events related to components that were observed to fail in the December 2016 failure were logged in the ATO’s incident resolution tool managed by IT contractor, Leidos.

Australian Commissioner of Taxation, Chris Jordan, told Senate Estimates committee members in early June that the ATO had reached a commercial settlement with HPE over the incident, the detailed terms of which are subject to contractual confidentiality.