Federal Government gets tough on multinationals with new tax treaty 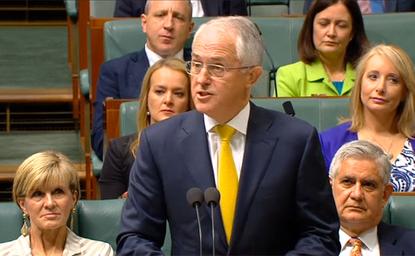 The Federal Government is taking its action against multinational tax avoidance a step further, signing a multilateral agreement to fight international profit shifting.

Australia signed the Multilateral Convention to Implement Tax Treaty Related Measures to Prevent Base Erosion and Profit Shifting at an event hosted by the Organisation for Economic Cooperation and Development (OECD) in Paris on 7 June along with 67 other countries.

The Convention was described by the Government as a key outcome of the OECD/G20 Base Erosion and Profit Shifting (BEPS) project, which aimed to ensure that multinationals pay tax in the jurisdiction where economic value is created or added.

The Government said the convention complements the its Multinational Anti-avoidance Law, the Diverted Profits Tax - also known as the "Google Tax" - and the Tax Avoidance Taskforce, and reinforces its efforts to level the playing field for Australian businesses.

It added that, once in force, the convention will modify most of Australia’s bilateral tax treaties to implement new integrity rules that will help prevent exploitation for tax avoidance purposes and improve tax treaty-based dispute resolution mechanisms.

Without such a deal, Australia would have to introduce the new rules treaty by treaty, a process that the Government said could take decades.

In December 2015, both Ireland and Singapore were named among the top global tax havens for multinational corporations. Apple was caught up in an unpaid tax scandal in Ireland during August 2016 and was forced to pay millions in back taxes.

In addition, reports surfaced last week that the company has not paid any tax in New Zealand in over a decade. Google has had its own issues with shifting profits to avoid tax and its recent dealings with the ATO saw it appeal an amended tax bill. Microsoft has had similar issues in the past in other countries.

The convention will enter into force after the signatories have completed their domestic requirements and deposited their instruments of ratification with the OECD.

Legislation will be introduced into the Australian Parliament as soon as practicable to give the convention the force of law in Australia, the Government said.