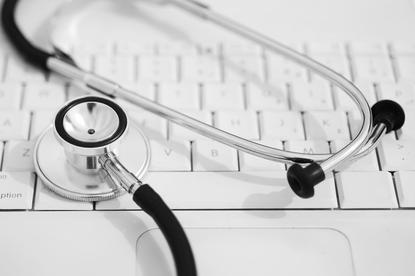 Data#3 has won a $26.5 million contract from HealthShare NSW for the provision of Microsoft software across NSW Health.

The purchase order contract, which runs from June this year to 31 May 2018, encompasses Microsoft Windows enterprise software for all of NSW Health.

The deal with HealthShare NSW, which is charged with assisting NSW Health entities manage their procurement contracts, was awarded via a limited tender process.

The latest multimillion state government contract for the publicly-listed IT cloud solutions provider comes several months after the company revealed it had been handed a contract to ship 12,000 HP devices in a deal with the Queensland Government.

The multi-year deal with Queensland’s Department of Education and Training (DET) was likely worth millions, and saw the company "refresh" up to 12,000 HP devices as part of the Department’s Computers for Teachers initiative.

“Our dedicated [Department of] Education team has worked closely with the DET for over 22 years,” Data#3 CEO, Laurence Baynham, said at the time, highlighting the company’s long relationship with government entities on all levels.

“As the largest HP partner in Australia, we have complemented world-leading products with our local services, and we are pleased to win one of the larger contracts in the state,” he said.

In April, the company won a high-profile contract with another government entity, this time in Victoria, being handed a deal to deploy a hybrid cloud solution within the Victoria State Emergency Service (VIC SES), leveraging Microsoft Azure in a three-year managed services deal.

The deal saw VIC SES become the first emergency services organisation in Australia to move core infrastructure to the cloud, in a bid to improve emergency planning and response times.

Data#3 was chosen for the task primarily due to its Microsoft capabilities and Azure expertise, as well as the company's experience in the Victorian Emergency Management landscape, following critical infrastructure deals with several agencies.

“Data#3 is immensely proud to assist VIC SES with cloud related services to improve the provision of critical emergency services in Victoria,” Baynham said at the time.

“Our vision is to harness the power of people and technology for a better future - and this is a great example of our expertise making a difference in our communities,” he said.