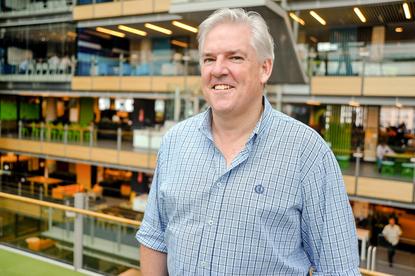 Commonwealth Bank of Australia hopes to one day use quantum computers to drive insights for its customers.

Speaking at a Vivid event in Sydney last week, CIO David Whiteing said the technology could also be used within the bank for risk management and secure communications.

Appearing alongside Telstra chief scientist Hugh Bradlow, who said the telco aimed to offer customers quantum computing-as-a-service, Whiteing said: "We also think...less about providing a service for customers but more about using it to drive insights for customers."

Providing customers with analytics has become a priority for the bank, which in April launched a new analytics platform Daily IQ 2.0 – which draws on data including the CBA’s 1.2 billion monthly transaction records, industry data, and a customer’s account and point-of-sale information – for its small and medium business customers.

"Our customers are becoming more and more integrated into the global network and there are a variety of problems that they face that if we start to automate and drive machine learning and cognitive across it, it frees them up to be more creative and solve other problems," Whiteing explained.

In 2014 CBA committed $5 million to the UNSW’s Centre for Quantum Computation and Communication Technology (CQC2T) in Sydney, where scientists are racing to build the world’s first scalable silicon-based quantum computer. CBA topped up that investment with a further $10 million in December 2015.

The CQC2T – which has also received funding from the federal government and Telstra – is part of a global race to build a quantum computer, and is pursuing a silicon-based approach.

While the computers we use today represent information in binary bits – on/off, 0/1 – while a quantum computer's qubit can, in simple terms, be both on and off the same time. That means many computations can be performed in parallel; a quality that, when fully realised, will give quantum computers a huge speed advantage over ‘classical’ computers in solving certain problems.

“The simple problems we have just to run our business, the end of financial year planning and budgeting cycle, we won’t use a quantum computer for that,” Whiteing said. “But, we deal essentially in our business with risk, and risk is a multivariant problem where if you are able to get bigger data sets, if you’re able to run more computations, you have an advantage. So that’s a very obvious path for us.”

Another potential uses for quantum computing CBA is considering concern secure communications, which Whiteing described as a “here and now problem”.

“Everyone today, when you’re transferring money around the world it’s based on encryption which is really prime number calculations, very large keys. Quantum computers will be able to break those in seconds… how do you communicate in a quantum state so only the people that receive it are able to decode it?”

CBA is not the only bank pursuing quantum solutions to security problems. In January, Westpac upped its stake in Canberra-based quantum cyber security company QuintessenceLabs.

CIO Dave Curran said at the time the investment showed the importance of quantum technologies to the bank’s data security capabilities.

“As a major financial institution, data security and protecting our customers is of paramount importance,” Curran said.