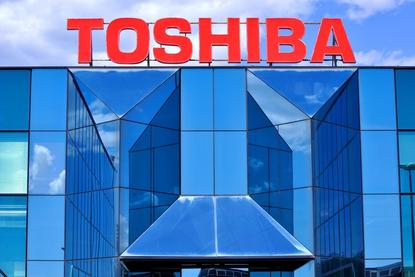 Apple and Amazon are standing alongside Foxconn Technology Group in its bid for Toshiba’s semiconductor business, according to increased media speculation.

Reports by Nikkei Business Daily state that the two tech giants will provide financial backing to Foxconn, in support of its bid to purchase the memory chip business of the Japanese conglomerate.

The publication quoted Foxconn chairman, Terry Gou, in saying that Apple and Amazon will "chip in funds", but did not specify how much the vendors will be offering.

In addition, it is also unclear at this stage if the investment will be financing for the deal or a direct investment into the Toshiba business.

“Of course Apple and Amazon are offering money together, but I cannot comment on how much funds each company is putting on the table,” Gou said, in the report.

Before this alleged comment by Gou, reports have only speculated of Apple and Amazon’s interest in the business, with Apple said to be considering investing several billion in Toshiba's memory business, and Amazon also separately vying for a stake in the business.

Apple and Amazon are key customers of Foxconn, with more than half of Foxconn’s revenue a result of supplying components and assembling products for Apple, in addition to manufacturing Kindle Echo speakers and e-readers for Amazon.

Foxconn is allegedly “the highest bidder among five interested buyers”, supposedly proposing more than US$18.2 billion for the unit.

However, a previous report attributed comment to a senior Toshiba executive that said “the amount offered isn’t everything”.

Toshiba has allegedly been inundated with multiple bids for its semiconductor business.

In addition, it was speculated that Toshiba partner, Western Digital and the Development Bank of Japan could also join in on the bidding process.

According to increased industry speculation, some of the other businesses shortlisted for the purchase include Broadcom, Google, Kingston Technology and SK Hynix.

Toshiba has also recently raised doubts over its ability to continue, with its net income dipping to nearly US$5.59 billion in losses for the third quarter of financial year 2016, running between October and December last year.

The company's result is a decrease of about US$1.12 billion from the same corresponding period the year before.

Toshiba said it intends to narrow down the field of interested parties to one candidate by mid-June, and will seek to close a definitive agreement by the date of its annual ordinary general meeting of shareholders, scheduled for 28 June.