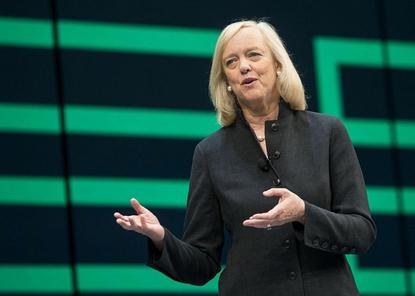 Ongoing declines in Hewlett Packard Enterprise’s (HPE) software business have contributed to the company’s latest quarterly loss, according to analysts.

The company has released its results for the quarter ending 30 April, revealing a 13 per cent year-on-year drop in net revenue from continuing operations for the period, to US$7.4 billion, and a net loss for the quarter of US$612 million.

Meanwhile, HPE’s combined net revenue came to US$9.9 billion includes, including US$2.5 billion from discontinued operations – i.e. two months’ worth of its Enterprise Services division operation, prior to its spin-merger with CSC to become DXC Technology.

“While we still have much more work to do, HPE’s Q2 results give me confidence that our efforts are delivering for customers and partners,” she said.

According to Technology Business Research analyst, Sanjay Medvitz, the company’s ongoing software “woes” have been putting pressure on its infrastructure-centric approach to succeed following the merger

Overall, HPE’s software revenue was US$685 million for the quarter, down 11 per cent year-over-year, with a 26.4 per cent operating margin.

According to Medvitz, HPE’s software business, which is in the process of being spun-off to merge with UK enterprise software firm, Micro Focus, in a deal worth US$8.8 billion, posted its 11th consecutive quarter of revenue decline in the April quarter.

“The vendor continues to struggle with legacy software declines and industry-wide shifts from license to subscription models ahead of its pending spin-merge with Micro Focus,” Medvitz said.

“Despite disappointing…results, HPE’s software success will ultimately be defined by its post spin-merge performance.

“The completed deal (expected to close September 1) will result in a reformed HPE software business focused on enabling hybrid IT and software defined infrastructure with a tighter portfolio around integrated systems software, Helion, and Aruba,” he said.

HPE said in October last year that it expected to incur one-time after-tax separation costs of approximately $700 million, with the vast majority occurring in fiscal year 2017.

According to Medvitz, HPE will also be able to supplement strategic needs for old software assets via partnership with Micro Focus.

“Given the magnitude of the deal for each vendor’s future, portfolio, workforce and synergy structuring over the next several months will be beyond critical for HPE and Micro Focus to hit the ground running,” he said.