European contender in the mix as channel speculation continues. 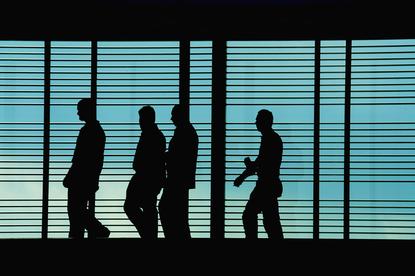 With the future ownership of Westcon-Comstor still unclear, a dark horse distributor has emerged as a potential buyer.

Based in Switzerland, ALSO Holding AG is the third largest distributor in Europe, behind only Ingram Micro and Tech Data in terms of size, scale and scope.

With an US$800 price tag on the table, the channel has been quick to speculate on the most suitable acquirer of the global business, with Arrow Electronics and Synnex emerging as likely candidates.

But as parent company Datatec weighs up its options, the suitability of ALSO - an unknown entity in Australia and New Zealand - as a potential buyer should not be discounted.

Specialising in broad line technology, consumer electronics and telecommunications, ALSO turned over €8 billion in 2016, with presence in 15 European countries, operating as market leader in seven.

From a vendor perspective, ALSO partners with Microsoft, HP, Hewlett Packard Enterprise, Apple and IBM, alongside other tier-1 providers such as Symantec, Lenovo, Samsung, Symantec and Toshiba.

The majority shareholder of the company - which has been listed on the Swiss stock exchange since 1986 - is the Droege Group, an independent advisory and investment company based in Germany.

With a strong European presence, buying Westcon-Comstor would provide ALSO with an instant global footprint, including key regions such as North America and Asia Pacific.

Such an acquisition would align with ALSO’s appetite for future growth, as demonstrated through the recent expansion of its cloud marketplace platform, and subsequent partnership with Latin American distributor, Intcomex.

Specifically, the partnership will see ALSO bring a wide range of local and global vertical-focused cloud services to small and medium businesses, alongside enterprise customers across Latin America.

Both companies are joining forces to make the ALSO Cloud Marketplace Platform-as-a-Service (PaaS) available to more than 50,000 Intcomexs’ channel partners in 14 countries in Latin America and the Caribbean, with plans to expand further in the region.

The deal comes nine months after the distributor struck a deal with Innovix Distribution to again make the ALSO Cloud Marketplace available to a wider ecosystem, with 5,500 channel partners starting in Singapore, Malaysia and Hong Kong, and plans to expand further across Asia Pacific.

In addition, ALSO bolstered its footprint across Southern Europe and the Middle East through a strategic deal with Logicom in June 2016, opening up its cloud platform to more than 10,000 partners across 13 countries.

Closer to home for ALSO however, an acquisition would add a further US$1.62 billion worth of business in Europe alone, reflective of 33 per cent of Westcon-Comstor’s overall sales revenue.

Furthermore, a deal would provide access to the lucrative Cisco portfolio, which currently accounts for 44 per cent (US$2.16 billion) of global Westcon sales from its exclusive Comstor business,which was launched locally in 2015.

Yet the distributor will no doubt be alarmed by the botched SAP rollout currently impacting Westcon-Comstor financials in Europe, and should they be interested, this could prove a stumbling block.

With the channel currently short on facts however, the truth remains that the future buyer of Westcon-Comstor still remains unknown.

But as the industry looks towards the usual suspects, perhaps a dark horse outsider could swoop in and steal the deal.