ARN examines the tech start-ups rising to prominence across the country. 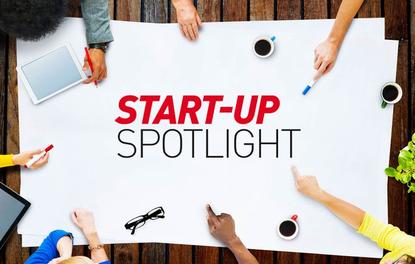 In reflection of the increased levels of innovation across the industry, this column uncovers the emerging start-ups changing the face of the channel in Australia.

Since its founding less than two years ago, DoseMe has helped local and global hospitals become more efficient.


After pioneering the first individualised dosing decision support software for the healthcare sector in the world, the Queensland-based start-up is aiming to double its current workforce of ten by the end of 2017, in light of continuing expansion plans.

The cloud-based service, hosted on Microsoft Azure, allows clinicians to predict an accurate dose for many classes of drugs from as little as one laboratory result.

The software works by digitally constructing a virtual model of a patient’s individual pharmacokinetics and pharmacodynamics and compares thousands of data points from published population models.

“We started the business because drug dosing is complicated — 60 per cent of doses in hospitals are incorrect,” DoseMe founder and CTO Robert McLeay explained.

“The technology for individualised dosing existed but it just wasn’t usable. There is a big opportunity in health for digital disruption — paper charts and hand medication charts are still in use in the majority of Australian hospitals.

“Our key goal for 2017 is to gain regulatory clearance for sale in the US,” McLeay added.

Under the banner of AtlasPlato, the new business aims to solve “the biggest problems of the world” through data solutions.

Since founding Thomas Duryea in 2000, and in selling storage-based services to over 500 customers in Australia, one thing became clear for Thomas — what about the data?

“Customers would ask — can we delete it?” he recalled. “Why are we keeping so much data? We would be asked to assess it, age it and archive it and we started to understand that once 90 days clicked past, most people don’t access their data and their storage is just ever-increasing.”

Inspired by the infinite possibilities of emerging intelligent technologies such machine learning and artificial intelligence, Thomas said a core aim of AtlasPlato is to build expertise around specific verticals.

“We will start to sell disruptive products and provide services around them,” he explained. “As we sell solutions into insurance for example, we will gain a greater understanding of the vertical and create an advantage from there. The same applies to healthcare, finance, education etc.”

Since officially launching in early February 2017, AtlasPlato is already collaborating with vendors such as Splunk and Domo.

“We will essentially be the sales front for these companies into Australia,” he explained. “And we will stitch it together with our consultative services. It’s not going to be out of the box stuff.

“It’s going to be actually going into a law enforcement agency or an immigration agency and saying we can take all these separate sets of data and without an enormous amount of work, we can start to surface insights.

“You can’t do it in Australia yet, but there are a lot of different ways you can start to chase bad guys.”

Cloud-focused consultancy, Araza, is best known for its success in scoring global clients through a vendor-agnostic approach since its founding in 2013.

Whilst the business plays heavily in the banking and finance, insurance and transportation and logistics space, Telstra is one of the start-up’s key customers.

“We specifically target large tier one and two organisations that are being under serviced (or over serviced) by the internationals,” Araza managing director, Victoria Kluth, said.

“While most of the internationals are very good at large offshore projects, the clients have rewarded Araza with onshore projects where our local experience will provide real benefit to their programs.

“Our teams are well-skilled in the latest technologies. We are able to leverage this knowledge into niche areas of the client market.”

Akin to most start-ups, Araza had a humble beginning from starting with two people and one client, which has now ballooned to 150 employees spread across Melbourne, Brisbane and Sydney.

But while the business began as a vendor-agnostic consultancy, Kluth said the company is now looking forward to expanding its recent partnership with Microsoft, alongside other vendors.

“Essentially, we build a big heap of tools and have a solution that makes it easier to do the data management on the cloud for an application,” Instaclustr co-founder and CMO Doug Stuart explained.

“There is a always a nice pretty front end for an app like Netflix or Spotify that has millions of users transporting, using and analysing millions of gigabytes of data on the backend.

“We look after the data layer, the database and the analytic tools that fit around that to make sure its synced and dancing.”

As well as offering the ability to spin up various databases via the cloud — 90 per cent of which is hosted on AWS — the business has a 24/7 operations team based in Canberra monitoring the back-ends to ensure that the database and infrastructure is operating efficiently. <

“We really are that level of assurance for companies that all things are operating and there is no down-time,” Stuart said.

The Australian start-up is already spread across the globe with a presence in both Europe and the USA, and an official headquarters running out of Palo Alto, in a bid to stay close to key customers.

“We were global from day one, that is the uniqueness of this business,” Stuart added. “Because it is a cloud-based company supporting applications, 85 per cent of our customers are based in North America. We have had many more customers in the US than in Australia.”

“In those early days, it really didn’t matter where we were because the companies are based in the cloud,” Stuart added. “It didn’t matter that we were all the way in Australia.”