​Australia on the edge as ransomware attacks ravage the world 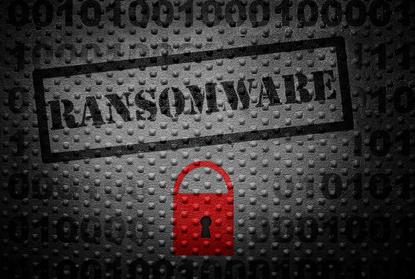 Australia is waiting to assess the damage following a spate of cyber attacks across the world, with the “biggest ransomware outbreak in history” crippling organisations across four continents.

Following a weekend of chaos across the globe, more than 75,000 attacks have been reported across 99 countries, with the UK National Health Service (NHS) compromised, the Russian government infected and the Spanish telecommunications sector at a standstill.

With Europe bearing the brunt of the attack, German railways also screeched to a halt, while US-based courier FedEx Corp suffered interference as the ransomware spread to Asia and South America.

Known as WannaCry and variants of that name, the malicious software locked computers in thousands of locations worldwide, demanding US$300 ransom per machine to be paid in cryptocurrency Bitcoin to unlock devices.

“We are continuing to monitor the situation closely and stand ready to deal with any cyber-security threat to Australia's critical infrastructure,” Prime Minister Malcolm Turnbull said through a spokesperson on 13 May.

At this stage, Turnbull said no organisations locally have reported suffering from the attack, with Australia’s special advisor to the Prime Minister on cyber security, Alastair MacGibbon, working with officials and health agencies to monitor the situation.

Yet ARN can confirm that Australian businesses were among those targeted with the WannaCry ransomware, through a non-targeted attack delivered via spam emails.


Melbourne-based cyber security specialists MailGuard blocked a bulk distribution of the malicious emails on the evening of 11 May.

“The body of the email contains no information other than an instruction to ‘Please open the attached file’.”

The WannaCry ransomware - also known as WanaCrypt0r 2.0 - encrypts the files of victims, rendering their system inaccessible unless a ransom in the range of hundreds of dollars is paid.

“It’s a relatively small amount, most likely chosen to entice some victims to pay up,” McDonald added.

The hackers are believed to have used a stolen tool developed by the US National Security Agency, which was released to the world by a group known as the Shadow Brokers in April.

“The attack vector has all the hallmarks of a traditional computer worm,” CrowdStrike vice president of intelligence Adam Meyers told ARN.

“We’ve not seen a large-scale ransomware campaign that uses self-propagating technique at this scale before, which makes it really unique.”


“Files encrypted by Wana are appended with a file extension of .wncry. Observed ransom demands require victims to pay either US$300 or US$600 worth of Bitcoin for a decryption key.”

According to Meyers, early analysis of the worm is that it is taking advantage of a very recent Microsoft Windows exploit called EternalBlue, which is the enabler for how files get shared.

“Swift action to patch against this update is critical,” Meyers added. “Whilst ensuring that back-up data files are disconnected from the core network, as this ransomware has the potential to encrypt back-up files.”

“The group behind the attack does not appear to be picky about the nation or sector it is targeting,” Meyers added.

After WannaCry encrypts data files and asks users to pay a US$300 ransom in Bitcoins, the ransom note indicates that the payment amount will be doubled after three days.


If payment is not made after seven days, the encrypted files will be deleted.

“WannaCry has the ability to spread itself within corporate networks, without user interaction, by exploiting a known vulnerability in Microsoft Windows,” a Symantec Security Response statement read.

“Computers which do not have the latest Windows security updates applied are at risk of infection.”

While the breaches appear to be linked, researchers believe it may not be a coordinated attack on specific targets, a theory backed up by UK Prime Minister Theresa May.

“This is not targeted at the NHS, it’s an international attack and a number of countries and organisations have been affected,” May said on 12 May.

Increased activity of the ransomware strain was first globally reported at 8am Central European Time (CET) on 12 May, with attacks then rapidly increasing across the world during the next 24 hours.

“We saw the first version of WanaCrypt0r in February and now the ransomware is available in 28 different languages, from languages like Bulgarian to Vietnamese,” Avast Software threat intelligence analyst Jakub Kroustek said.

"The ransomware changes the affected file extension names to “.WNCRY”, so an infected file will look something like: original_name_of_file.jpg.WNCRY, for example. The encrypted files are also marked by the “WANACRY!” string at the beginning of the file.”

According to Kroustek, the ransomware drops the following ransom notes in a text file and after demanding the bitcoin ransom, the victim’s wallpaper is changed.

“This attack once again proves that ransomware is a powerful weapon that can be used against consumers and businesses alike,” Kroustek said.

“Ransomware becomes particularly nasty when it infects institutions like hospitals, where it can put people’s lives in danger.”

A security researcher may have helped stop the spread of the ransomware, through the deployment of a kill switch solution. The kill switch appears to work like this - if the malicious program can’t connect to the domain, it’ll proceed with the infection. If the connection succeeds, the program will stop the attack.
(Updated - 13 May at 2:18pm)