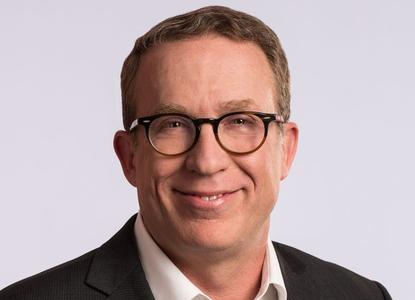 The move by European cloud infrastructure provider, OVH, to establish its Asia Pacific headquarters in Melbourne is set to see the creation of up to 80 new jobs in the local market, according to the Victorian Government.

The state’s Minister for Small Business, Innovation and Trade, expects the new jobs created by OVH's Australian entrance to be in highly skilled roles, including technical sales, customer support and marketing.

“OVH’s decision to set up in Melbourne is a huge vote of confidence in Victoria’s digital technology sector and its highly skilled and diverse workforce,” a statement from the Minister’s office, said.

According to OVH vice chairman, Laurent Allard, the ability to recruit top talent in the Victorian market was a key driver in selecting Melbourne for the company’s local headquarters.

OVH, which revealed in early April that it had struck a deal to acquire VMware’s vCloud Air business, is one of Europe’s fastest growing cloud computing companies, with around 1,600 employees and 20 data centres across 19 countries.

The company is growing rapidly and plans to bring a further 13 data centres online by 2018.

Australia is one of the regions in which the company has set its sights, with the company tapping into Equinix Australia’s data centre space upon its launch in the local market, which was announced in October last year.

OVH Asia-Pacific senior adviser, Emmanuel Goutallier, told ARN at the time that the company would also adopt a new channel strategy in Australia.

“Having just launched in the Australian market, we are in the process of shaping that channel strategy," he said. "We want to make it part of the OVH DNA even though the European operations make use of a direct to market strategy.

"But as we move towards a cloud business, it is moving towards a channel-centric model. We are looking to crystalise this strategy by March 2017," he said.

The move to Melbourne also sees OVH establish its Digital Launch Pad startup accelerator program locally, which offers a range of free resources to successful applicants, including cloud infrastructure support worth up to $100,000.

Additionally, OVH is set to engage LaunchVic, the state’s lead entrepreneur and startup support body, to leverage off its Australian presence and work with local Victorian startups through its program.

The French company joins a growing list of major tech companies that have set up regional headquarters in Melbourne, with the likes of Hired, Square and Slack moving into the area.

According to the Victorian Government, there have been more than 2,350 new tech jobs created in Victoria from investment alone since November 2014.

Like OVH’s move to Melbourne, Contino’s arrival saw the company scope out the local job market to fill its ranks.

“We have numerous hires in the pipeline but as we’re mostly focusing on engineering, we are looking to hire the best engineers in the market," Contino Asia Pacific director of engineering, Daniel Williams, told ARN at the time.

"Our environment is very different to a consultancy in that there’s such a scarcity in talent in this area.

“So, we’ve created an environment that is led by engineers, and don’t have a traditional salesforce,” he said.