Union points to offshoring as Optus prepares to axe 320 jobs 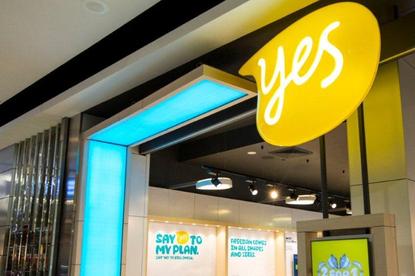 The Communication Workers Union (CWU) claims that offshoring is behind at least a quarter of the job cuts in Optus’ latest round of redundancies.

The telecommunications provider confirmed late last month that it had informed around 320 of its employees that their roles had been made redundant as part of its ongoing “strategic direction”.

According to the CWU, the number of jobs to be made redundant is closer to 314, with about half of the cuts set to come from the managerial levels.

“Employees across the organisation were updated on the strategy. A number of employees were informed of changes to their individual reporting lines,” an Optus spokesperson told ARN on 28 April.

It is understood that the job cuts will come largely from the company’s head office employee footprint, with reports suggesting that the jobs affected are in a number of areas, including networks, IT, human resources, wholesale and satellite.

The CWU said it met with Optus representatives on 4 May to discuss the redundancies. According to the union, the move will see a significant number of Optus customer service and IT jobs sent offshore, with roughly a quarter of the job losses set to come as a result of offshoring.

“The company says the cuts are a response to competitive pressures from low cost operators in both the fixed broadband and mobile markets,” the CWU said in a statement.

While Optus said that it would create about 140 new positions to support its strategic direction and business objectives, the CWU said that it is not clear how many of these new jobs will represent practical opportunities for those employees facing redundancy.

Regardless, Optus has said it is working towards positive outcomes for affected employees.

“We are working with employees who are affected by these changes, including looking at redeployment opportunities where possible,” Optus said previously.

At the same time, however, Optus has flagged that further job cuts are likely to occur further down the track, as it continues with its strategic changes.

“Optus will continue to review its cost base and evolve the way we work,” the company said. “As a result, we anticipate that we will make a number of further structural changes to our business this financial year, which will result in further redundancies over the next 12 months.”

Since launching a new strategic direction just over two years ago, Optus has made a number of operational changes to reposition its business as an integrated, innovative and content-driven multi-media brand.

In September last year, Optus made a number of workers in its networking division redundant, following a technological implementation which automated many of the telco’s internal processes.