War of words continues between TechnologyOne and Brisbane City Council 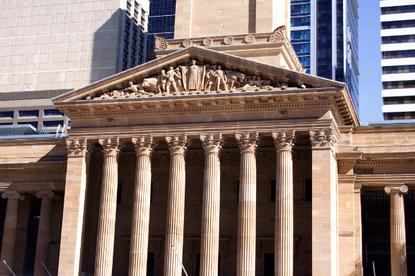 The public stoush between the Brisbane City Council (BCC) and its IT supplier, TechnologyOne, has continued to escalate after the customer gave the company 28 days to prove why it should keep the contract.

In January, the BCC revealed it wanted to renegotiate its large IT contract with its IT partner, TechnologyOne, after uncovering project delivery issues that it claimed could result in a cost blowout worth tens of millions of dollars.

The Australian-listed enterprise software vendor was awarded the contract for the council's local government systems (LGS) project on 30 June 2015 to build a software solution for $50 million over 10 years, a deal which has since come under considerable scrutiny.

On 2 May, the council issue TechnologyOne with a notice to show cause regarding the local government systems (LGS) project. It is understood that such a notice is the first step taken when a party wishes to pursue legal action.

Now TechnologyOne has hit back at its accuser, offering a detailed list of its version of the events leading to the current state of affairs, which may end up being resolved through legal action.

“As the chronology provided shows, the BCC LGS Project was not in trouble when the Lord Mayor made his statement on 25 January 2017,” TechnologyOne executive chairman Adrian Di Marco said.

“The Lord Mayor had been given incorrect information. Since then progress has stopped on this project. Until the Lord Mayor’s statement there was no contractual dispute and all parties were working and progressing to the agreed contracted ‘go live date’ of January 2018.”

The dispute centres on a fundamental disagreement on the initial nature of the contract and each party's ongoing obligations as a result.

While the BCC believes TechnologyOne did not meet its obligations and should be answerable, the company asserts that the decision-making process and technical prowess within the council was insufficient, and thus hampered the development process.

“Any delays are a direct result of BCC’s approach...which has needlessly stopped the project from progressing until minor items were addressed," the company said.

"TechnologyOne notes that these minor items have been delivered according to its contractual obligations but BCC is focusing on minutia to frustrate the contract."

This is the latest step in an ongoing saga which began in November 2016 when an ‘Establishment and Coordination Committee’ engaged a panel to review the project in November after “concerns were raised about the delivery time”, according to a report in Brisbane’s Courier Mail.

The panel discovered a possible cost blowout of $60 million in the local government systems project that was expected to go live in the middle of 2016, but is not due to be finished until the end of 2018.

TechnologyOne responded to the comments, saying that the two parties had agreed to be development partners but as the project developed, the BCC was not able to meet its end of the development commitment.

The company characterised the event at the time as a misunderstanding within the council and welcomed an enquiry.

However, with that enquiry now complete, the Lord Mayor has refused to release the report of the independent review committee, saying it would not be in the interests of the ratepayers of Brisbane, while negotiating with TechnologyOne.

TechnologyOne said it remains confident of its legal and commercial position and will vigorously pursue its legal rights.