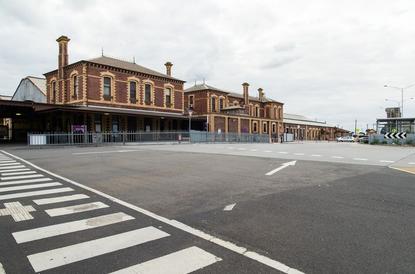 The Victorian Government has revealed its investment of $45 million to improve digital technology and infrastructure across regional Victoria, which includes $11 million for the Mobile Black Spot program.

The funding was revealed in the state's 2017/18 Budget, which was handed down on 2 May, and includes financial provision for 30 new mobile base stations during 2017/18, some of which are included in the $18 million Regional Rail Connectivity Project, in association with Telstra, Optus and Vodafone.

In its Budget 2017/18 papers for rural and regional Victoria, the government stated that the investment is a “key priority”, with a focus on increasing mobile telephone coverage in flood and fire prone areas with poor coverage.

The $45 million funding commitment outlined in the Budget supports the Connecting Regional Communities Program (CRCP), which is a direct response to several regional state partnerships calling for improvements to digital infrastructure.

The CRCP aims to develop region-specific strategies, with the state government working alongside each regional partnership to establish solutions that meet communities’ digital needs and priorities.

A statement released by the office of Victorian Premier, Daniel Andrews, said that the CRCP also helps to “fill some of the gaps being ignored by our Federal Government”.

“Our Regional Partnerships have told us that improving digital access is an absolute must. We know how important internet connectivity is for farmers, small businesses and families – that’s why we’re making it a priority,” Victorian Minister for Agriculture and Regional Development, Jaala Pulford, said.

The CRCP will also deliver further funding to improve mobile phone coverage in regional blackspots through better broadband, mobile coverage and Wi-Fi hubs across the state.

Some of the other key priorities of the $45 million include:

“Like anywhere in our state, reliable broadband is vital for local businesses and local jobs,” Victorian Minister for Small Business, Trade and Innovation Phillip Dalidakis, said.

“This investment will help fill some of the existing gaps, and make sure regional Victoria isn’t being left behind in our digital economy,” he said.

Many of Australia's telcos have also been ramping up their efforts across the country as part of the Mobile Black Spot Program, and to improve regional and rural broadband coverage.

In April, Optus revealed it would invest $10 million towards a mobile infrastructure upgrade plan for Western Queensland, while Telstra switched on six new mobile base stations in June last year.

These mobile coverage improvements have also resulted in a few feuds, such as the ongoing legal wrangle between Telstra and Brisbane City Council and nbn and the Sunshine Coast Regional Council.